Analysts say confirmation of the first JF-17 Thunder export order could encourage other potential buyers to step forward, but they acknowledge many factors could complicate a deal. Analyst and former Air Force pilot Air Commodore Kaiser Tufail is optimistic that JF-17 will now attract further customers.
“I am sure that after the deal that has been signed with the hitherto unknown ‘Asian’ country, the aircraft sales will surely get a big boost, and many Asian and African countries might be interested in it,” he said.

The customer in question is believed to be Myanmar, and the head of the country’s Air Force, Gen. Khin Aung Myint, was in Pakistan at the end of May for a four-day visit at the invitation of the Pakistan Air Force. He met senior defense officials and toured various bases and installations, though little more was said about the trip at the time.

Details, such as cost and the number of aircraft involved, are not known, but deliveries are expected to commence in 2017, according to information made available by Air Commodore Khalid Mahmood, head of the Air Force’s sales and marketing effort for the aircraft type. When Defense News asked Mahmood if he thought potential customers would be encouraged by the deal, he was optimistic, but also realistic. 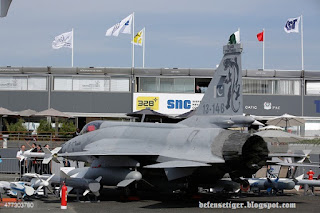 “The first deal will certainly encourage other potential customers to conclude deals with us,” he said.

“However, it is difficult to give a timeline because there are many variables and mostly they depend on the customer countries. Sometimes it seems that the deal is around the corner but because of reasons like political instability in the country or in the neighborhood or for some other reasons, the timelines are pushed.

“So one is never sure unless the contract is inked,” he added.