"Burraq" has been successfully deployed to eliminate terrorists in Shawal Valley, Pakistan

Pakistan has successfully deployed its domestically developed unmanned combat aerial vehicle equipped with a laser-guided missile in the country's northwestern tribal region near the border with Afghanistan, killing three militants in the process.

The Shawal Valley, which lies in the embattled North Waziristan region, has witnessed fierce skirmishes between Pakistani forces and pro-Taliban militants ever since army units mounted the full scale offensive Zarb-e Azb, or "The Strike of The Prophet's Sword," there in June 2014.

The advanced combat drone deployment comes as the United States has been carrying out controversial assassination drone strikes in Pakistan’s mountainous northwestern tribal region since 2004.

According to the Bureau of Investigative Journalism, the Central Intelligence Agency (CIA) has carried out 420 drone strikes in Pakistan since 2004, frequently prompting outcry from the government and civil groups.

Islamabad has repeatedly condemned the attacks as a violation of its sovereignty and territorial integrity, but the raids continue unabated.

The United Nations and several human rights organizations have identified the US as the world's number one user of "targeted killings," largely due to its drone attacks in Pakistan and neighboring Afghanistan.

With Burraq, Pakistan joins the club of countries with armed drones, helping it in its campaign against al-Qaeda, Taliban and other militants along its lawless northwestern border with Afghanistan.

In November 2013, the Pakistani military announced that it had developed an unarmed drone to be used only for surveillance purposes. The military officials said they have no plans to arm the craft. 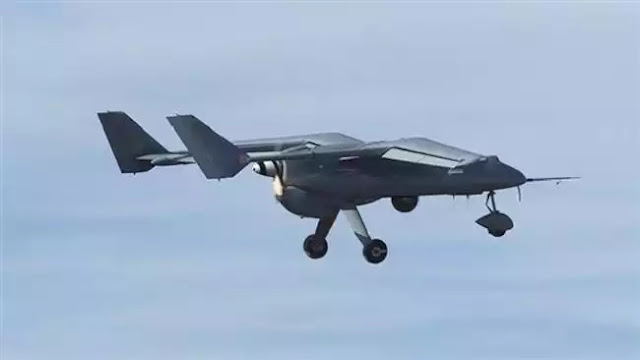