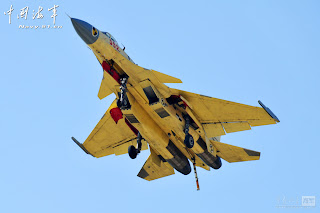 This past week, there was an article on People's daily called China's J-15 fighter superior to Russian Su-33.

I had a couple of thoughts reading through it. My first thought was that finally China is actually defending itself against some of these Western and Russian accusations. It drove me crazy back in the days to see Russian media quoting different people blasting China for copying its weaponry and for making excuses for not fulfilling contracts like the one for IL-76/78. Through all of that, there was nobody from AVIC1 or PLA that spoke against some of those claims. The only times I heard official denials were regarding claims of China selling J-10s to Iran and purchasing Su-35s from Russia. Those were clearly crazy rumors that spread because China did not step in earlier to deny these things. Going forward, I hope CMC/PLA puts a stronger PR effort out there to defend itself against some of the Russian claims. 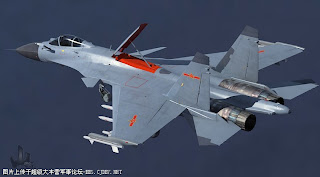 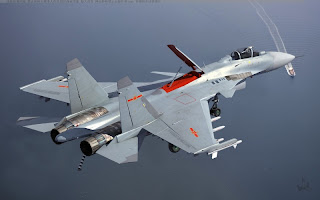 My second thought was that while it was good to see China defending against Russian claims that a copy can never be better than the original, it should be obvious to everyone that J-15 is a superior fighter jet to the original Su-33. However, it's really not saying much, because J-15 is being compared against something that was developed in the late 80s. If after 20+ years, J-15 is not better than Su-33, then SAC should stop developing and producing aircraft. Compared to the original Su-33, J-15 include:

> Having multi-role capability and can fire wide range of AAM, AShM, ARM and ground attack weapons. 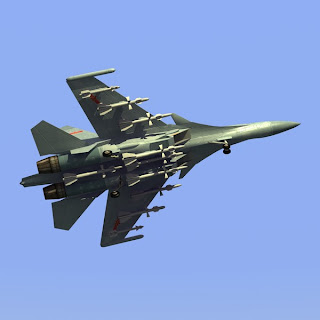 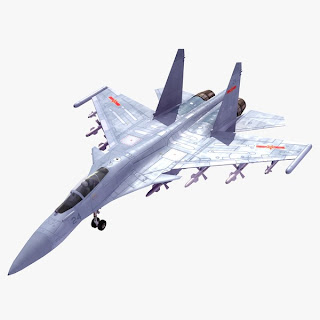 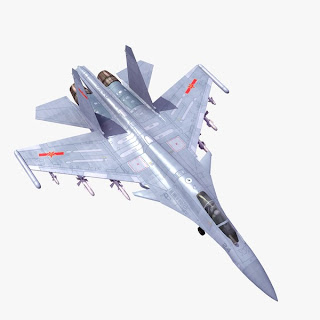 Now, if the Russians had invested in modernizing Su-33, it could do all of the above. Although, we could argue whether it has the same wide range of ground attack weapons as China or if the sensors/avionics is as advanced or more advanced. It has chosen not to, because it has picked Mig-29K has the future naval fighter.

There are many reasons why it made more sense for the Russians to go with a modern Mig-29K instead of Su-33. My opinion is that India had already paid for the development of a modern Mig-29K as part of its effort to develop a 3 carrier fleet. At the same time, China had rejected Russia's 3 step proposal of first taking the original Su-33s, then upgrading to a multi-role version with Su-30MK2 sensor/weapon suite and eventually upgrading to a final version with PESA radar. As a result, it made more sense for Russia to go with the already developed naval aircraft with production lines rather than re-opening the production lines and pay for the development cost of a modern Su-33. At the same time, Mikoyan needed these orders a lot more than Sukhoi (which has a long backlog of domestic and export orders). 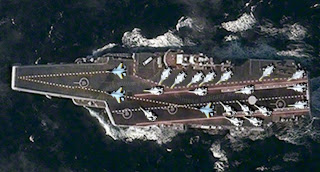 Looking back, I think that China obviously made the right decision to develop J-15 on its own with some help from the purchase of T-10K-3. The experience from developing naval version of J-11B will help SAC develop next generation of naval aircraft like a naval version of J-31. At the same time, there was no reason for China to pay the Russians to develop modern version of Su-33 if it could develop a modern version of J-15 by itself. It's similar to my last post about China's choice of purchasing MKK rather than getting involved in a long running project like MKI. Imports from Russia are always considered interim solutions. If domestic options can be developed in time, there really is no reason to get involved in a foreign project and pay for the development cost.

Looking ahead, I think China is also better off with a J-15 class fighter than a Mig-29K class fighter. There was a competition between SAC and CAC over the first generation of a naval fighter jet. Flanker variant won over the J-10 variant because it was considered to have better multi-role capabilities. The current version of J-15 is already a multi-role aircraft. In the future, we could see different versions of J-15 like a single-seat buddy-to-buddy refueling, a two-seat EW version like Growler or a two-seated mini AEWC & amp;C version. These are not things you can do with a lighter naval aircraft.

How things have changed

Recently, we’ve been hearing from Russians about a proposed sale of 24 Su-35s to China. As with every other time, a lively debate re-ignited on Sinodefenceforum on whether or not this will/should happen. I got to be so annoyed with the endless debate on this topic that I stopped the thread until confirmation of actual sale happening.

Thinking back to the early days of joining sinodefenceforum (around 2005), it’s really interesting how much things have changed and how much my perspectives have changed over the times. Back then, J-10 had just joined services and Su-30MKK was considered the most powerful fighter jet in PLAAF. There was much discussion started by Indian posters online regarding the superiority of MKI over MKK. 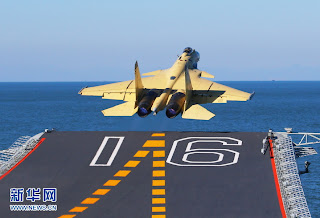 I bugged me a lot back then that Russians are restricting their export of advanced technologies to China. A big deal was made out of the advanced Israeli avionics, TVC nozzle and BARS radar on MKI that were not offered for MKK. Even Su-30MKK3s that were offered to China at that time were using Zhuk-MSE radar instead of phased array radar like Bars. Indians were convinced that their friendship with Russia and European embargo ensures that Russia would never be offering their best stuff to China.

I still remember thinking to myself and wondering why the only phased array radar offered to China was the Pero antenna on top of N-0001VE radar. I remember being extremely excited when hearing that China was testing out Irbis radar. Finally, I thought China was getting something better than what India received. I was somewhat confused that China never opted for it. That was just one the many cases where it seemed like the Russians were denying their best stuff to Chinese requests. Others included a leasing of Akula nuclear submarine, outfitting of Admiral Gorshkov carrier and even Amur submarine.

It’s funny looking at how my perception of these situations have changed over the past 7 to 8 years as I have seen how things played out and found out more about what went on behind the scenes. Even as recent as 2008, I thought it made sense for China to get a couple of regiments of Su-35s as an interim option until the next generation of fighter jet comes into service.

I was also in favour of import of Su-33s for a long time just in case that J-15 program hits some kind of snag. Probably the program that caused the biggest delays to PLAAF was the import of IL-76/78. When the original order of 38 of these aircraft were nullified due to the inability of Tashkent plant, we heard that Kazakhstan actually were offering to sell almost everything needed for IL-76 (with the exception of engine probably) to China, since the Russians were planning to move production back to Russia. For whatever reason, either Chinese hesitancy (due to domestic interests) scuttled the deal. These days, China is purchasing revamped/upgraded IL-76s that were in Russian storage as the interim option. Other than this, it seems like China knew exactly what was going on all along. It took what’s immediately available from the Russians and did not buy into any of the plans and development programs that they were offering.

In most of the naval program, it has become apparent in the recent years that Russian shipyards are in a bad condition, whereas Chinese shipyards are capable of cranking out modern war ships. I remember when the Ukrayina (an unfinished Slava class cruiser) was offered to China and it seemed to make a lot of sense at the time for China to purchase it, since they already have 051C using the same air defense system.

Now, having looked at the development of 052C/052D while also seeing the problems that Sov have experienced with PLAN, it has certainly become inconceivable for China to go for this option. At the same time, China’s success in the Liaoning project along with the Russian struggles in INS Vikramaditya has shown that they made the right choice to go alone. The troubles experienced in the development of Amur submarine have forced Russia into procuring kilo submarines again.

While at the same time, China has been mass producing 039B while building a mysterious new diesel submarine that is supposedly replacing the old Gulf class test sub. China has taken pretty much all it needed from Russia in its current generation of surface combatants and moved on to a newer generation of ships. It would make more sense now for the Russians to purchase ships from China rather than vice versa.

In aerospace world, much of the myths from back in 2005 have also been rejected. All along, it seemed like China looked at Su-30MKK as an interim solution in developing an offensive platform with mature technology while indigenously developing domestic options like J-11B. While the Chinese flanker program has suffered setbacks such as the delays in FWS-10 project, SAC has now turned it into a success with the recent progress in J-15, J-15S and J-16. 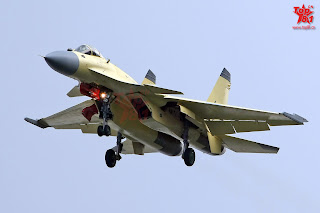 As time goes on, it makes less and less sense for China to purchase Su-35 or other Russian options. It seems to me that China realized very early on to not fall for Russian sale pitches and only go for systems that are already mature. In the long term, it relied on its own defense industry for developing new weapon systems rather than Indian method of relying on co-production of imported technology. Even though we do not hear about it, PLAAF always had a plan of how it was good to develop a strong domestic military aviation industry.

Its goal in original dealings with Russians was to use foreign technology to develop domestic industry rather than just getting finished products. China’s fourth generation aircraft programs no longer need any Russian assistance. In areas such as UAV and ground attack weaponry, China has already surpassed Russia. In the race to next generation fighter jet, China is at least on par with Russia in the development process. The only major areas it remains to be behind Russia are engine production, transport helicopters and military transport. And as we can see, those are pretty much the only items that China still purchases from the Russians.

Since 2005, China has experienced generational improvements in different defense areas. It is hard to see same level of improvement in the next 7 years. I have learnt to not speculate too much about the future, because I end up looking quite foolish in the process.
Posted by Unknown at 9:40:00 PM