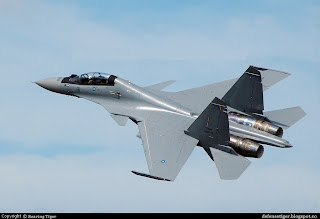 TUDM MiG-29N (photo : scramble)
MOSCOW (RIA Novosti) – Russia is interested in adding post-sales maintenance and training to future arms contracts with Malaysia, Foreign Minister Sergei Lavrov said Thursday, in an apparent attempt to give Russia a competitive edge in an upcoming combat jet tender.
“We are interested in continuing military cooperation [with Malaysia], and not only in the form of arms deliveries, which we had quite a few before, but also in providing the post-sale servicing of the sold equipment and the training of the Malaysian personnel to operate this equipment,” Lavrov said at a joint news conference with his Malaysian counterpart, Anifah Aman.
Russia delivered 18 MiG-29A fighters to Malaysia in 1994-1995, followed by 18 Su-30MKM fighters in 2009. It also sold Malaysia 12 Mi-171Sh military transport helicopters.
Lavrov's offer of maintenance and training may have come in response to previous problems experienced by the Royal Malaysian Air Force in keeping its MiG-29 fleet operational.
“Malaysia bought the MiG-29s at a relatively low price, but later on the RMAF had to contend with higher expenses in spare parts replacement and maintenance work,” former Defense Minister Dr Ahmad Zahid Hamidi said in 2010, when questioned about the aircraft's performance, the local Star Online news website reported.
MiG executives blamed the reliability issues on Malaysia's purchase of parts from Ukraine and India rather than the original supplier, according to Take-Off magazine.
Russia opened a servicing center in Malaysia in 2012 and a pilot training center in 2011, Lavrov said.
Russian aircraft maker Sukhoi and the Malaysian Defense Ministry signed a $100-million contract this year for maintenance of Malaysia’s fleet of Su-30MKM fighters, Russian defense industry officials said previously.
Malaysia has recently shortlisted five manufacturers in a tender for 18 combat aircraft for delivery by 2015 to replace ageing Russian-built MiG-29s. 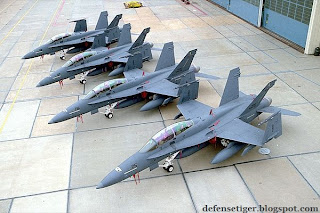