Pakistan Army likely increasing its Mi-35 orders up to 12 Choppers.

The contract on the delivery of four Russian Mi-35 helicopters to Pakistan could be expanded, head of the Russian Foreign Ministry's Second Asia Department Zamir Kabulov said Tuesday.

"It all depends on money. Pakistan has stated that it has the financial means for 10-12 helicopters of this type, but negotiations are ongoing," Kabulov told RIA Novosti.

"Pakistan has an interest in other Russian weapon systems. Negotiations are underway. We are talking about defensive systems," Kabulov told RIA Novosti.

In August, a contract for four Mi-35M transport and attack helicopters was signed by Russia's state arms exporter Rosoboronexport and Pakistan's Ministry of Defense, according to a spokesperson for the Russian Embassy in Islamabad.

The Mi-35M (NATO Designation Hind-E) is an upgraded export version of the Mi-24V multipurpose assault helicopter, developed by the Mil Moscow Helicopter Plant. 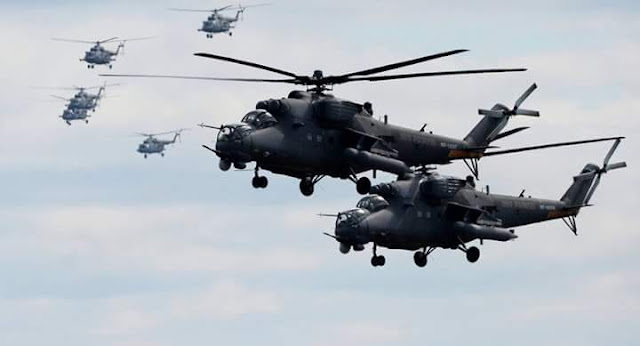