In total for Lockheed Martin and Pratt & Whitney, F-35 Production Industrial Participation opportunities for Turkish companies are expected to reach more than $12 billion.

Below are details on the 10 Turkish companies who have supported the development and/or production of F-35 / F135.

•Alp Aviation has been supporting the program since 2004 and currently manufactures F-35 production airframe structure and assemblies, production landing gear components and over 100 F135 production engine parts to include titanium integrated blade rotors.

•Aselsan is developing manufacturing approaches for advanced optical components, which are part of the F-35 Electro Optical Targeting System. They are also working with Northrup Grumman on the F-35 CNI Avionic Interface Controller and will initiate full scale production activities in the near term.

•Fokker Elmo manufactures 40 percent of the F-35 Electrical Wiring & Interconnection System (EWIS) and will also deliver and support TAI with all center section wiring systems. Fokker Elmo is also developing the EWIS for the F135 engine, for which a major share is produced in Fokker Elmo Turkey in Izmir.

•Kale Aerospace has been supporting the F-35 since 2005. In conjunction with Turkish Aerospace Industries, they manufacture and produce F-35 airframe structures and assemblies. Kale Aero also supports Heroux Devtek as the sole source supplier for all three variants landing gear up lock assemblies. Additionally, Kale Aerospace has also established a joint venture in Izmir with Pratt & Whitney and is manufacturing production hardware for the F135 engine.

•MiKES has supported the F-35 Program during SDD delivering F-35 aircraft components and assemblies for BAE Systems and Northrop Grumman.

•ROKETSAN and Tubitak-SAGE are the Turkish joint leadership team who strategically manage the development, integration, and production of the advanced precision-guided Stand-off Missile (SOM-J) which will be carried internally on the 5th Generation F-35 aircraft. Additionally, Lockheed Martin Missiles and Fire Control has partnered with Roketsan, through a teaming agreement, to jointly develop, produce, market and sell the advanced, precision guided Stand Off Missile – Joint Strike Fighter (SOM-J).

Additionally, Turkish Industry are going to have significant Industrial Participation role supporting Lockheed Martin and Pratt and Whitney for F-35 aircraft sustainment and F135 engine production and sustainment. Turkey has been given the approval to build its own F135 engines and was also selected to have the first European Regional F135 Engine depot overhaul capability. Both the engine production and overhaul will take place at the 1st HIBM in Eskisehir. Additionally, TAI has also been assigned to represent the organic depots of the Turkish Armed Forces within the Autonomic Logistic Global Sustainment (ALGS) system and Havelsan has been assigned as the Turkish Integrator for the National Integrated Training Center (ITC). 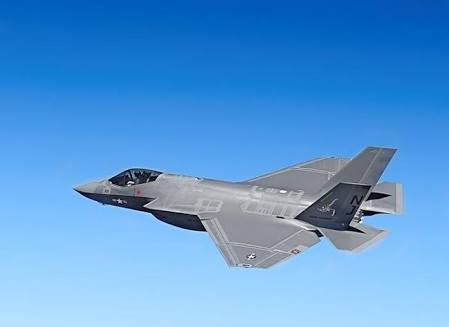