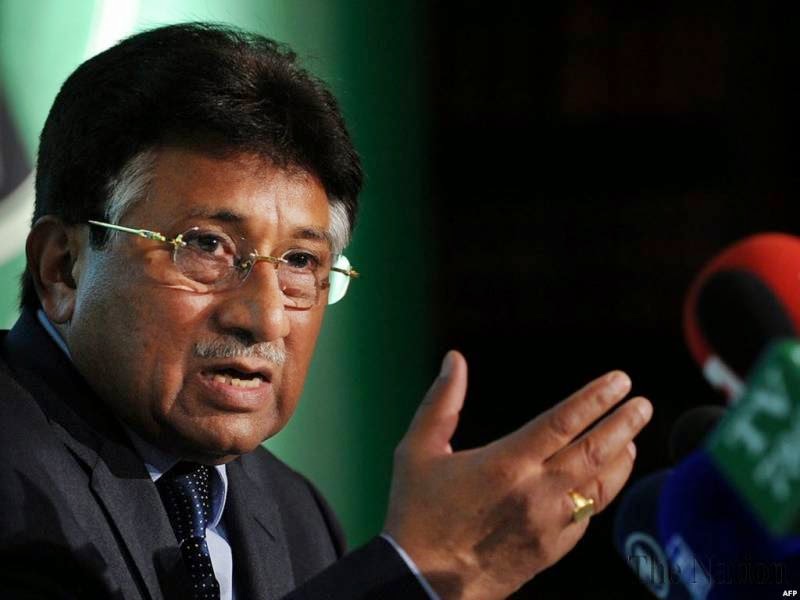 Asked about the rumor that had he ordered rebellious Baloch leader’s killing in Murree while dancing, Pervez Musharraf replied, that anyone who has been to area can tell that a direct mobile link is not possible from the mountainous area where Bugti was killed.

He further clarified “army has command channels, a President cannot direct them adding that anyone who has little knowledge of military operations, will know that there were four army officers too in the cave and only four men cannot be sent to kill someone. It was a suicide or a firing incident, Bugti either fired rocket on army officers,” said Musharraf.

It must be noted that during Musharraf’s rule, a rebellious Baloch leader Akbar Bugti who remained in hiding, was killed when a shell allegedly exploded in the cave in which his camp was set.

An army operation was ordered against him; however the reason of his death is still a mystery.
Source: nation.com
Posted by Unknown at 5:12:00 PM