By this sell of "Thunders", it'll significantly help to carrying on the fighter program for the next advanced level. And some of other African-Latin American customers will actively think to grab some squadrons for their airforces also. Heres the main news: 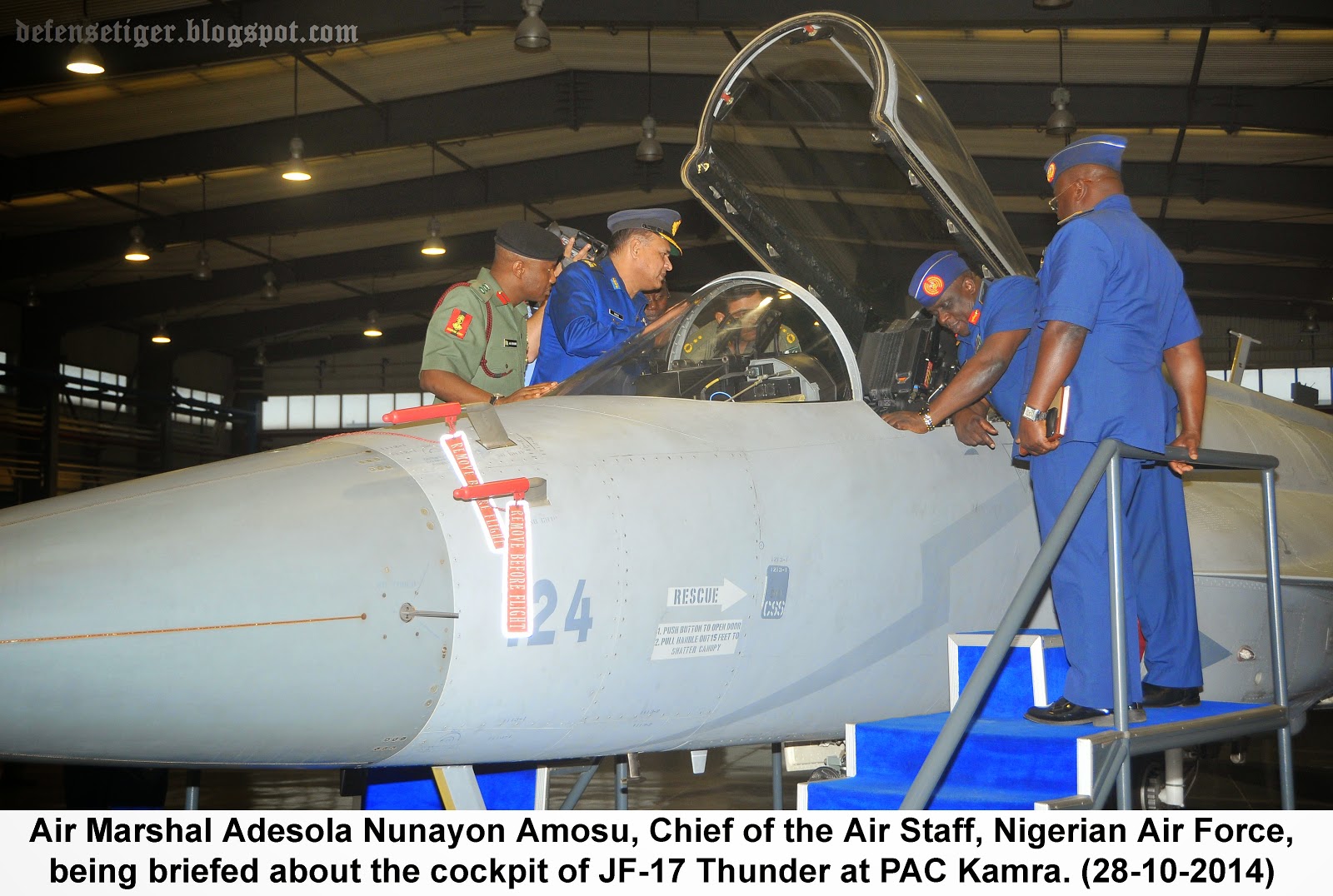 The Nigerian Air Force (NAF) is close to finalising an order for the purchase of one or two squadrons of the JF-17 Thunder fighter aircraft co-produced by Pakistan and China, a senior Pakistani Ministry of Defence official told IHS Jane's on 2 December.

Speaking at the International Defence Exhibition and Seminar (IDEAS) 2014 in Karachi, the official said the NAF finalised its recommendation for the purchase of 25-40 JF-17s after NAF chief air marshal Adesola Nunayon Amosu visited Pakistan in October. AM Amosu's engagements in Pakistan included a visit to the Pakistan Aeronautical Complex (PAC) at Kamra, north of Islamabad, where the JF-17 is manufactured.

So far, the PAC has produced 50 Block 1 JF-17s and began work on another 50 Block 2 variants in late 2013. Pakistan Air Force (PAF) officials have told IHS Jane's that a Block 3 variant is being planned. While the JF-17 has PAF capability plans, it has so far failed to find an export customer.

PAF officials have described the JF-17 Block 3 as a fourth-generation-plus fighter, a term that is used to describe Western aircraft such as Lockheed Martin F-16 Block 60s, the Saab Gripen, Eurofighter Typhoon, and Dassault Rafale, among others.

Western officials have previously said that a first successful export of the JF-17 holds the key for the programme's long-term sustainment. Potential export customers mentioned as likely candidates for the JF-17 have included Egypt, Nigeria, Myanmar, and Venezuela.

Senior PAF officials have promoted the JF-17 as costing much less than comparable fighters produced by Western manufacturers. However, prospective customers are likely to consider established manufacturers ahead of PAC, which is a relative newcomer to the international market.
Posted by Unknown at 5:42:00 PM