Pakistan's counter against Indian Civil Nuclear deal with US

Islamabad: Pakistan and the US officials will meet on Monday for discussing nuclear issues as a part of the strategic dialogue between the two countries. 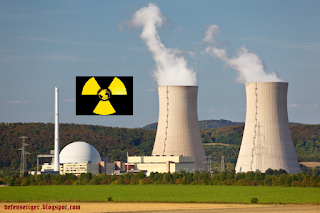 The Pakistani delegation led by Foreign Secretary Aizaz Ahmad Chaudhry has already arrived in Washington.Foreign Office Spokesperson Qazi Khalillullah confirmed to Online on Sunday that the Pakistani delegation for nuclear talks with the US left Saturday night for Washington. He however, declined to go into keen details of the talks between the two countries over the key issue. Nevertheless, diplomatic sources on condition of anonymity told Online that the focus of the talks are no doubt non-proliferation but informal and off the media talks on civil-nuclear assistance are to be held aiming to convince the US to ink a deal similar to the one Washington signed with India.

Foreign Secretary Aizaz Ahmad Chaudhry is leading senior officials of the Ministry of Foreign Affairs and the Strategic Plans Division at the talks. While the US side is being led by RoseEileneGottemoeller, the Under Secretary of State for Arms Control and International Security. State Department has already rejected media suggestions that Saudi and Pakistani officials had met recently to discuss nuclear cooperation.

“I’m not sure I would presume that was the topic of discussion, and I don’t think we have concern about it,” the State Department spokesperson told reporters two weeks ago while responding to a question. The 2014 Nuclear Security Summit held in the Hague on March 24 and 25, also witnessed praising of Pakistan nuclear safety by international community including the US state department and President Obama himself.

In 2013, the world started praising the steps Pakistan was taking to make its nuclear program safer.
The sources said that as the safety issue about Pakistan is no more doubted in the world, quite sure of the extraordinary steps taken by Islamabad for safeguarding its nuclear program as a responsible state, so it is right time to address the civil-nuclear deal with a country like US which also fully understand the energy crises of the country. “So in this sense it could be comprehensive talks,” they added.

The talks are part of the strategic dialogue process, which includes six working groups for economy and trade, energy, counter-terrorism and law-enforcement, defense and nuclear non-proliferation, and education, science and technology. The strategic dialogue was delayed due to Salala incident and episode of Osama bin Laden in 2011. Nevertheless, the two countries managed to get back on track and improve the bilateral ties. “Immediate result in connection to civil nuclear cooperation is not expected but this could be a step forward,” said an officialwho was not authorized to talk to media.
From, The Nation
Posted by Unknown at 4:30:00 PM