At the closing session of a two-day Arab League summit held in the Egyptian resort city of Sharm el-Sheikh, Egypt’s president el-Sisi announced that some Arab leaders had agreed to form a united military force to combat the “challenges” the region is facing. A high-level panel would work under the supervision of Arab chiefs of staff to work out the structure and mechanism of the force: roughly 40,000 elite troops, backed by jets, warships and light armour.

At the time, a Saudi-led coalition was already pressing ahead with air strikes against positions of Houthi fighters and their allies in Yemen. The United States voiced support for the intervention and sent two warships to assist with the naval blockade, but it was criticised by the European Union, Russia, and the United Nations. Saudi Arabia had been moving heavy equipment and artillery near its border with Yemen, following the Houthis seizure of the central city of Taiz.

A month later FT View described this ongoing military action as ‘an increasingly aggressive proxy war with Iran in the Middle East, backing Sunni regimes and trying to counter Iranian influence in Syria, Iraq and Bahrain. Several months of war in Yemen have already claimed more than 2,000 lives. The FT writer’s advice:


[T]he Saudi leadership should think again. In Yemen, Riyadh has given a brutal demonstration of its air power and marshalled a range of Arab nations to back its effort. But air strikes have not weakened the Houthis and a political settlement remains beyond reach. Nor has Saudi Arabia much cause for celebration in its fight against Iran across the region. The kingdom can claim some victories, notably the return of a military-backed government in Cairo. But its lavish funding of proxies has not yielded stability in Syria, Iraq or Libya.

On May 10th the FT Review reported that the UN’s humanitarian co-ordinator for Yemen said that “indiscriminate bombing” contravened international humanitarian law, but Riyadh says the naval blockade was ordered by the legitimate Yemeni government of President Abd Rabbu Hadi — in exile in Riyadh — and cited a UN Security Council resolution calling for an arms embargo against the Houthis.

The humanitarian crisis in Yemen has been described as “catastrophic” by the UN with 20 million civilians – 80% of the population – in need of aid. In May and June there were accounts of the suffering caused by the Saudi-led blockade of the country in place since late March, which has nearly exhausted:
dwindling supplies of fuel, staples such as rice, medicines and other basic goods are so scarce in north Yemen that prices have risen as much as tenfold, according to Oxfam
fuel shortages, which pose a grave threat to Yemen’s water and electricity supplies, as well as to its transport network.

On June 7th the BBC reported that peace talks between Yemen’s Houthi rebels and the government will take place in Geneva on 14 June. UN chief Ban Ki-moon called on all parties to enter the talks in good faith and without pre-conditions. Its Middle East Editor, Sebastian Usher, says that the government – now mostly in exile in Saudi Arabia – and the rebels have confirmed that they will attend the peace negotiations.

But as Owen Jones says, after giving a devastating account of brutality and injustice, such allies “are up to their necks in complicity with terrorism, but as long as there is money to be made and weapons to sell, our rulers’ lips will remain stubbornly sealed”. 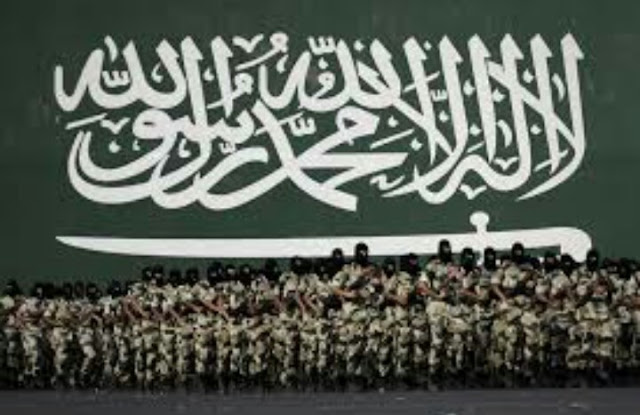