Bangladesh Prime Minister Sheikh Hasina has said her government plans to procure fighter aircraft, surface-to-air missiles, helicopters and other armament to strengthen the armed forces.
She told Bangladesh Air Force (BAF) personnel Wednesday that the government had drawn up plans and set the process, including budget allocation, in motion.

‘Budget allocation for the Bangladesh Air Force under the present fiscal year is the biggest amount in the history of the force,’ she said.

She witnessed the BAF’s annual exercise WINTEX-2010 at the main fighter base at Kurmitola in Dhaka Cantonment, United News of Bangladesh (UNB) reported.

‘The present government will take all possible measures to build up the country’s air force as an up-to-date force by arming it with modern technology-based war weapons,’ New Age newspaper quoted her as saying.

Sheikh Hasina said her government was firmly committed to building a modern, knowledge-based air force that excelled in training and technology in order to ensure security of the country and its people.

A development plan had been approved for constructing infrastructure at Cox’s Bazar, located in the southeastern region bordering Myanmar, for smooth operation of fighter jets and transport aircraft to ensure security of economic activities in the maritime territories and relief operation in remote areas, Hasina said.

Defence purchases in Bangladesh have been mired in political controversy.

A court Monday acquitted Hasina of corruption charges in the purchase of eight MiG-29s that were bought during her earlier tenure as the prime minister.

She told the airforce personnel that the government of her political rival, Begum Khaleda Zia (2001-06) had kept the aircraft unused for long ‘just to get her in trouble’, the newspaper said. 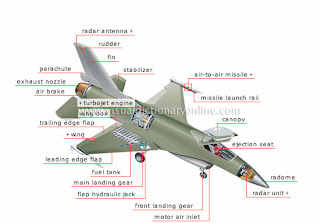 A frigate purchased from South Korea for the Bangladesh Navy was also kept in mothballs for five years. It was re-commissioned in 2007.
Posted by Unknown at 5:56:00 PM