Afghan Army Cadets Will Be Trained In Pakistan

The cadets will be the first Afghans to attend the Pakistan Military Academy in Abbottabad.

The move is a policy shift by the Afghan govt who until recently sent Afghan cadets to get trained mostly in India.

Afghan President Ashraf Ghani, who was elected in September, recently held talks with Pakistani officials in the hope of greater cooperation between their two militaries.

Since Taliban militants attacked a school in Peshawar, killing more than 150 people in December, military chiefs of Afghanistan and Pakistan have agreed to co-ordinate military operations along their border.

The proposal was aimed at bridging trust deficit bet­ween the two countries.

The Afghan delegation’s visit was then seen as a paradigm shift in Afghanistan’s perceptions about Pakistan. 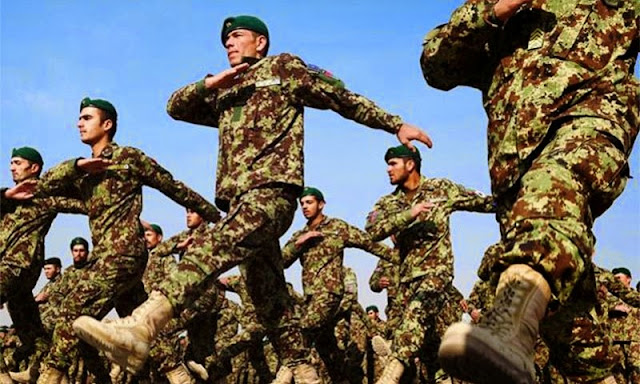