Ukrainian troops have towed artillery away from the front-line in the war-ravaged east, in a step that seems to augur well for a ceasefire agreement signed with Russia-backed rebels.

The military on Thursday showed reporters seven or eight guns being towed away from the front at the village of Paraskoviyvka north of the government stronghold of Artemivsk.

Earlier, Reuters journalists saw a larger convoy of 30-40 vehicles also towing guns away from the front on a highway.

However, the Ukrainian defence ministry said in a statement carried by Associated Press news agency that it reserved the right to revise its withdrawal plans in the event of attack by rebel forces, who control large swaths of the east bordering Russia.

Ukraine 'preparing' nation for a long war
"Today Ukraine has begun the withdrawal of 100-millimetre guns from the line of confrontation," the military said, saying the step would be monitored by the Organisation for Security and Co-operation in Europe (OSCE).

A team of about 600 OSCE personnel is overseeing the implementation of the deal signed between Russia and Ukraine and brokered by France and Germany.

The intensity of fighting has declined notably in recent days, although the warring sides have continued to trade accusations of violations in the ceasefire that came into force on February 15.

The move was Kiev's most direct step to acknowledge that the ceasefire was finally holding a week after losing the strategic town of Debaltseve to rebels.

Rebels have been pulling back heavy weapons for two days, but Ukraine had until now held back from implementing the withdrawal, arguing that fighting had not yet ceased.

Since capturing Debaltseve, rebels have taken pains to emphasise that they now intend to abide by the peace deal to end the conflict that the UN says has claimed more than 5,000 lives since April last year.

The Ukrainian army reported no combat fatalities at the front for a second straight day on Thursday, the first time no troops have been killed since long before the truce was meant to take effect.

The withdrawal of artillery is "point two" of the peace agreement reached in the Belarus capital Minsk, so beginning it amounts to an acknowledgement that "point one" - the ceasefire itself - is being observed.

Western countries denounced the rebels and their presumed sponsor, Russian President Vladimir Putin, for advancing on Debaltseve despite the truce.

But they have since held out hope that the ceasefire will now hold, with the rebels having achieved that objective.

In the days after its troops were driven from Debaltseve, Ukraine maintained that it believed the rebels were reinforcing for another advance, particularly expressing fear for the city of Mariupol, a port city of 500,000 people.

Western countries have threatened to impose new economic sanctions on Moscow if the rebels advance further into territory the Kremlin calls "New Russia".
Russia, which denies aiding its sympathisers in Ukraine, said on Thursday the threats of more sanctions were cover for Western efforts to undermine the truce. 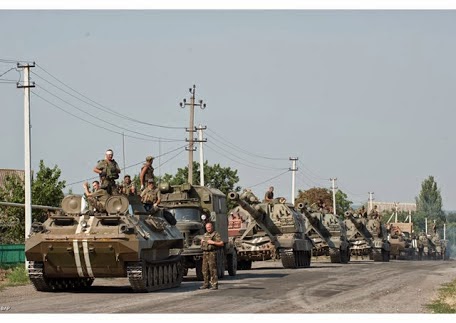 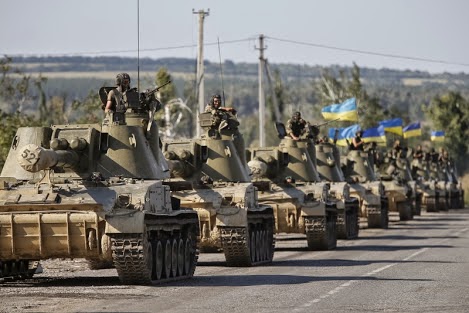