Minister for Defence Production Rana Tanveer said on Tuesday the country is producing state of the art competitive defence products.

“The indigenously built JF-17 thunder fighter has the capability to compete with any modern fighter jet, including the F-16,” the minister said, while addressing the media after inaugurating the modern display center of Defense Export Promotion Organisation.

“The world is showing great interest in purchase of this fighter jet because of its cost effectiveness,” Tanveer added, according to Radio Pakistan.

Further, the minister said Pakistan’s defence products are also being exported to European countries and the United States.

“Pakistan’s defence products have the ability to compete with those that are the best in the world,” Tanveer said.

Earlier, addressing the inaugural ceremony Tanveer said the government is encouraging ‘made in Pakistan’ products to realise the goal of economic development.

“Utilisation of latest technology is inevitable in keeping with the requirements of modern time,” he said. 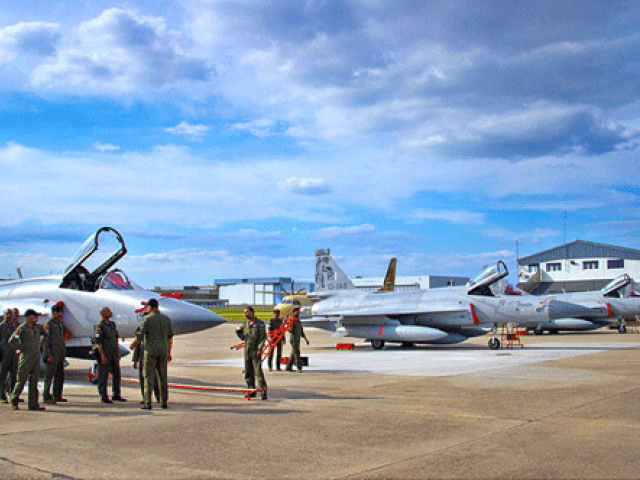