Russia has right to send nuclear arms to Crimea: Official

A senior Russian official says his country reserves the right to deploy nuclear arms in the Black Sea peninsula of Crimea, which joined the Russian Federation last year.

“I don’t know if there are any nuclear weapons there at the moment and I am not aware of such plans, but in principle Russia can do this,” RIA Novosti news agency quoted the head of Russian Foreign Ministry’s Department for Nuclear Non-Proliferation and Weapons Control, Mikhail Ulyanov, as saying on Wednesday.

Moscow is naturally entitled to put nuclear weapons “in any region on its territory if it deems it necessary,” he stressed.

In January, Chief of the General Staff of the Armed Forces of Russia Valery Gerasimov announced Moscow’s plan to reinforce its military presence on the Crimean Peninsula in 2015.

“In 2015, the Defense Ministry’s main efforts will focus on an increase of combat capabilities of the armed forces and increasing the military staff in accordance with military construction plans. Much attention will be given to the groupings in Crimea, Kaliningrad and the Arctic,” he said.

The comments came as NATO plans to expand its military presence in Eastern Europe amid the crisis in Ukraine.

The Western military alliance has held numerous war games over the past year. In 2014, NATO forces held some 200 military exercises, with the alliance’s General Secretary Jens Stoltenberg having promised that such drills would continue.

NATO launched a multinational naval drill in the Black Sea near the Crimean Peninsula on Tuesday. The war games involved NATO naval rapid reaction forces and saw the participation of the USS Vicksburg, a US guided missile cruiser, as well as vessels from six other participating states – Canada, Germany, Italy, Bulgaria, Romania and Turkey.

Moscow has repeatedly condemned NATO’s exercises and military buildup toward its borders.

The Moscow-West relations sharply cooled after the Crimea joined Russia following a referendum in March 2014. Relations were strained further after Ukraine launched military operations in mid-April 2014 to silence pro-Russia protests in the country’s mainly Russian-speaking regions of Donetsk and Lugansk in eastern Ukraine. 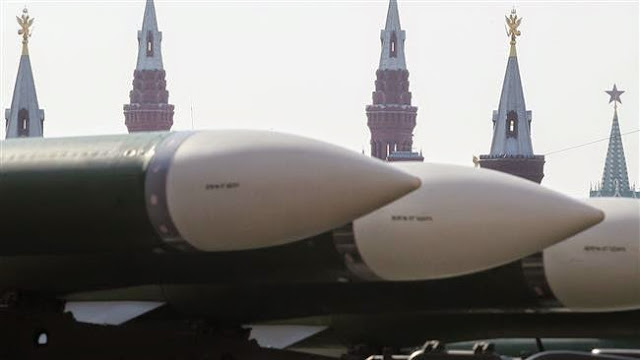