According to the News report by India’s Comptroller and Auditor General (CAG) on the submarine fleet revealed that the operational availability of the existing boats was “as low as 48% .The CAG report also warned that more than 50% of submarines have completed three-fourths of their operational life and some are already beyond their maximum service life, compelling the navy to deal with the challenges of handling an increasingly obsolete fleet safely. 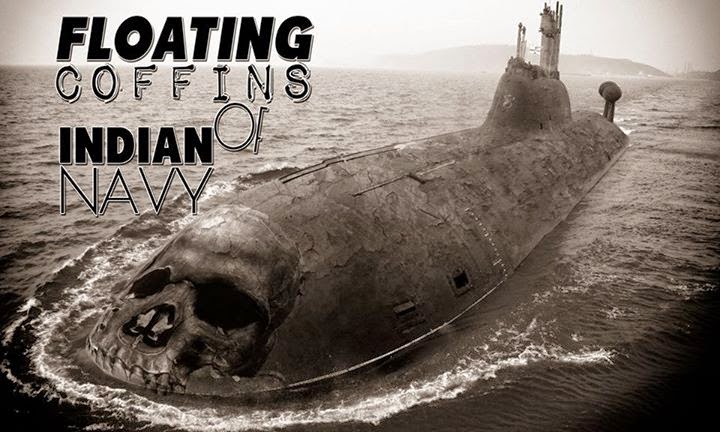 An Indian navy submarine Sindhurakshak with about 18 sailors on board caught fire after an explosion.While the exact cause of the explosion on-board Sindhurakshak is still to be determined, but it puts a spotlight on the spate of incidents involving naval vessels. Since 2005, at least 10 serious incidents have been reported. Among them five are related to the Sindhughosh-class of submarines, of which Sindhurakshak is the one. Like in April 2006 INS Prahar Naval Patrol vessel, which was on return journey to Mumbai from Goa, sank at a Distance of 20 nautical miles from the coast.

In January 2008 INS Sindhu-gosh, with a large foreign-owned cargo ship in the Arabian Sea last could have meant a cold watery grave for the 53 sailors on board the underwater vessel. The 16-year-old Russian-made submarine, INS Sindhurakshak, also suffered an explosion in 2010 that killed one sailor and injured two others. The Indian navy said that accident was caused by a faulty battery valve that leaked hydrogen, causing an explosion in the vessel’s battery compartment.

While these incidents may reflect training and safety lapses coupled with an ageing fleet. Safety is, doubtless, a paramount concern not only in the running of conventionally armed submarines, which presently operate out of bases surrounded by densely populated cities and even more so in the case of the nuclear-armed submarine. If there were to be a similar incident with the nuclear-tipped missiles, it would be catastrophic not only for the crew but for the nearby population centers as well.
Posted by Unknown at 6:56:00 PM