Recent reports of Saudi interest into a JF-17 purchase appear to be wide of the mark. Though such a sale is certainly not impossible (and there is strong pressure on Pakistan to secure an export order), it is likely improbable. 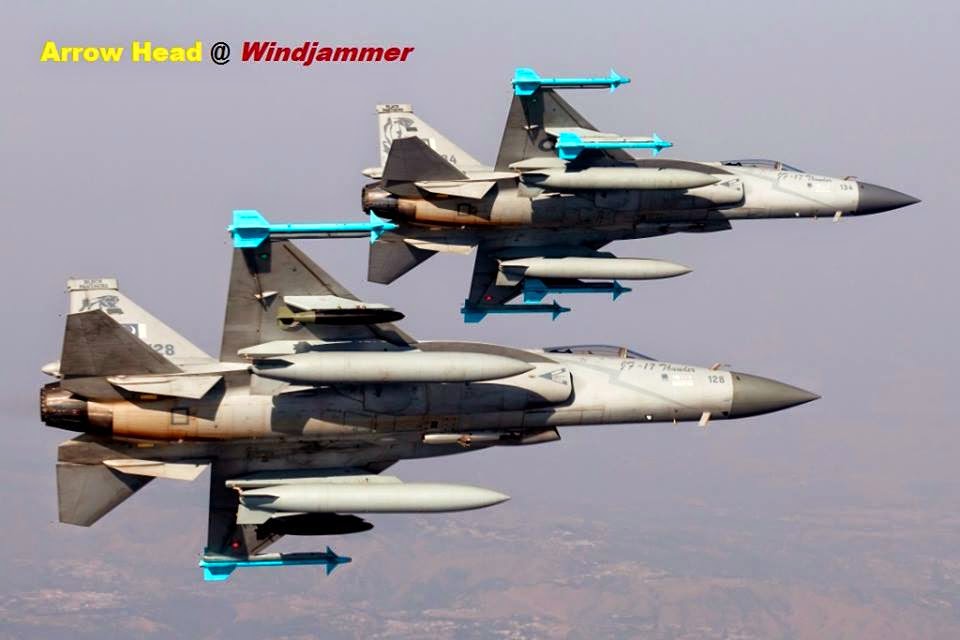 The Saudi air force is currently retiring or has already retired a large number of aircraft as part of its modernisation efforts. The F-5E/F and Tornado ADV fleet have been retired or have been relegated to the training role, and more F-15s and Typhoons ordered in their place as the well funded RSAF can afford such high tech aircraft. Though the JF-17 was designed to replace aircraft such the F-5, of which over a hundred at one time flew in Saudi service, the purchase of advanced western aircraft points to efforts by the Saudis to make a wholesale improvement in their airpower by phasing out lightweight fighters. Even in the training role further Hawk trainers as LIFT and light strike aircraft could easily fill in the second line fighter requirement if there was one. Coupled with upgrades being made to existing F-15S and Tornado IDS strike aircraft, the chances of there being a role for the JF-17 to fill are reduced.

The purchase of advanced western weaponry also buys the Saudis a degree of influence as its multi-billion dollar deals have been instrumental in ensuring the profitability of western arms firms during periods of uncertainty. As was seen with the ending of the British investigations surrounding the Anglo-Saudi Al-Yamamah arms deal in 2006, Saudi influence can be substantial.

A possible JF-17 sale however, could eventuate if negotiations for further Typhoon aircraft for example are not fruitful. With 72 Typhoons on order the negotiations for a further batch of 72 are ongoing. However, the Saudis could at least explore the option of a JF-17 purchase if only to pressure the British into accepting more favourable terms. Considering the strategic logic the Saudis operate by in which they effectively buy influence a possible purchase may also rest on how they view the growing power of China. China has made some progress in penetrating the Saudi market with its commercial goods and has even built a public transit system in Mecca. China was also the country the Saudis turned to when it decided to purchase ballistic missiles in the 1980s. The Chinese could therefore pick up a sale as a vendor of last resort, or as a country that the Saudis believe is now important enough to view as a potentially strong influence in the region. This could be linked to the Saudi view of needing to contain Iran. Therefore purchasing the Sino-Pakistani FC-1/JF-17 could be part of such thinking. However, this is purely speculation and a Saudi purchase is, for the best part, unlikely.

The reports may be yet another example of Pakistani officials feeding such speculation to the local media, which has then reported them as fact. Unnamed US journal that has been quoted in recent reports aside, the likelihood remains slim. This is especially when considering past examples of large scale arms sales to Saudi Arabia. When Saudi Arabia was reportedly interested in purchasing the HIT Saad APC there was considerable speculation a sale would also include the Al-Khalid MBT. Though a Saad sale was a reasonable enough belief, the Al-Khalid sale was unrealistic as the Saudis have the ability to purchase better armoured and armed tanks than the Al-Khalid even in that class of medium MBT.