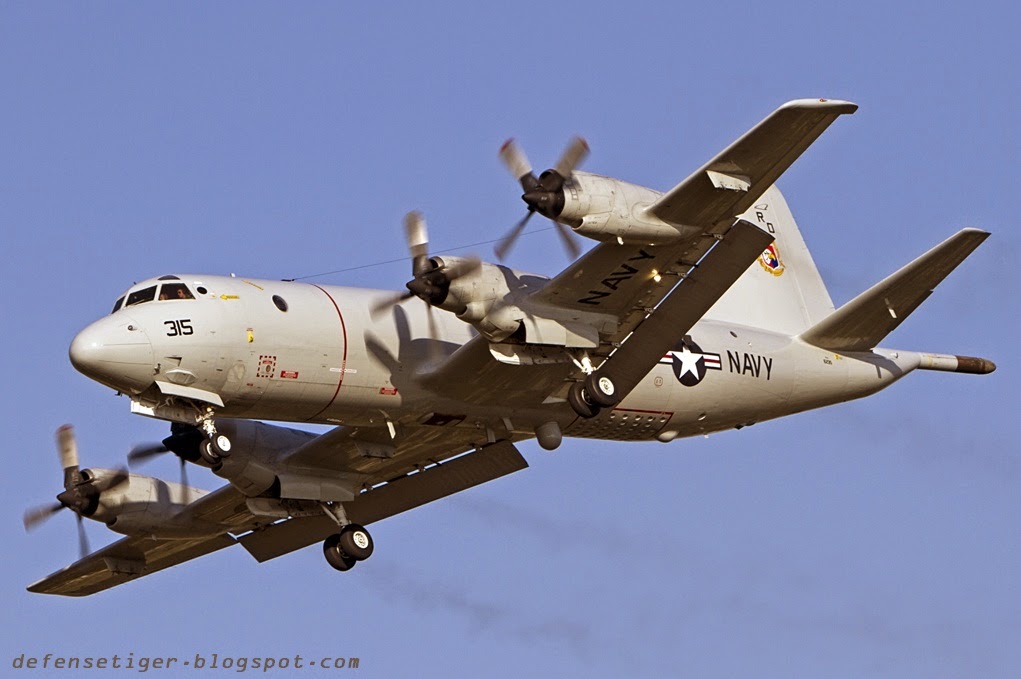 The P-3 Orion is a long-range maritime patrol aircraft (MPA) with multimission capabilities. Its 16-hour fly-time and high ferry range of 8,944km make it the top MPA in the world. The aircraft was developed by Lockheed Martin principally for the US Navy. The aircraft entered service in 1962 and is currently in service with 21 operators in 17 countries across the globe.

The aircraft can be equipped with infrared and electro-optical (EO) sensors, as well as special imaging radar to detect objects at long ranges. Its large internal weapons bay and 10 external hard-points can house a range of weapons. Four Allison T56-A-14 engines provide the P-3 Orion a long-range cruise speed of 350kt at 25,000ft. 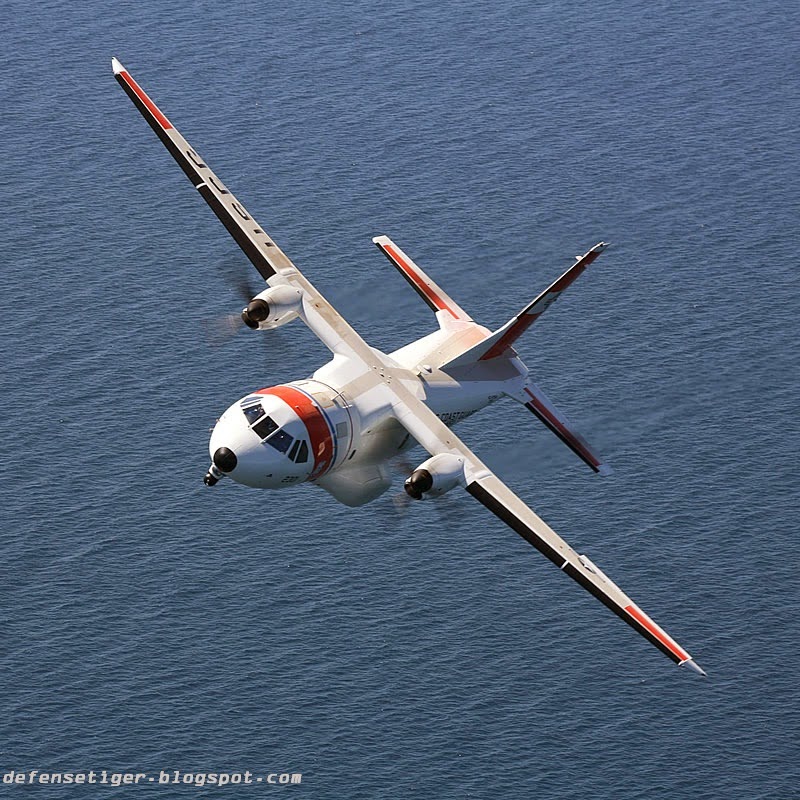 The CN-235 MPA is a multirole maritime patrol aircraft deployed in maritime surveillance and homeland security missions. It also served as basis for the HC-144A Ocean Sentry surveillance aircraft used by the US Coast Guard.

The aircraft's long endurance capability of up to 11 hours and range of 4,200km make it one of the best MPAs in the world. Two General Electric GE CT7-9CE turboprop engines, each with a rated power of 1,750shp, ensure superior performance.

The CN-235MPA incorporates a Fully Integrated Tactical System (FITS) which can be integrated with variety of mission sensors for conducting complex surveillance missions. The aircraft features six hard-points to carry anti-ship missiles or torpedoes. 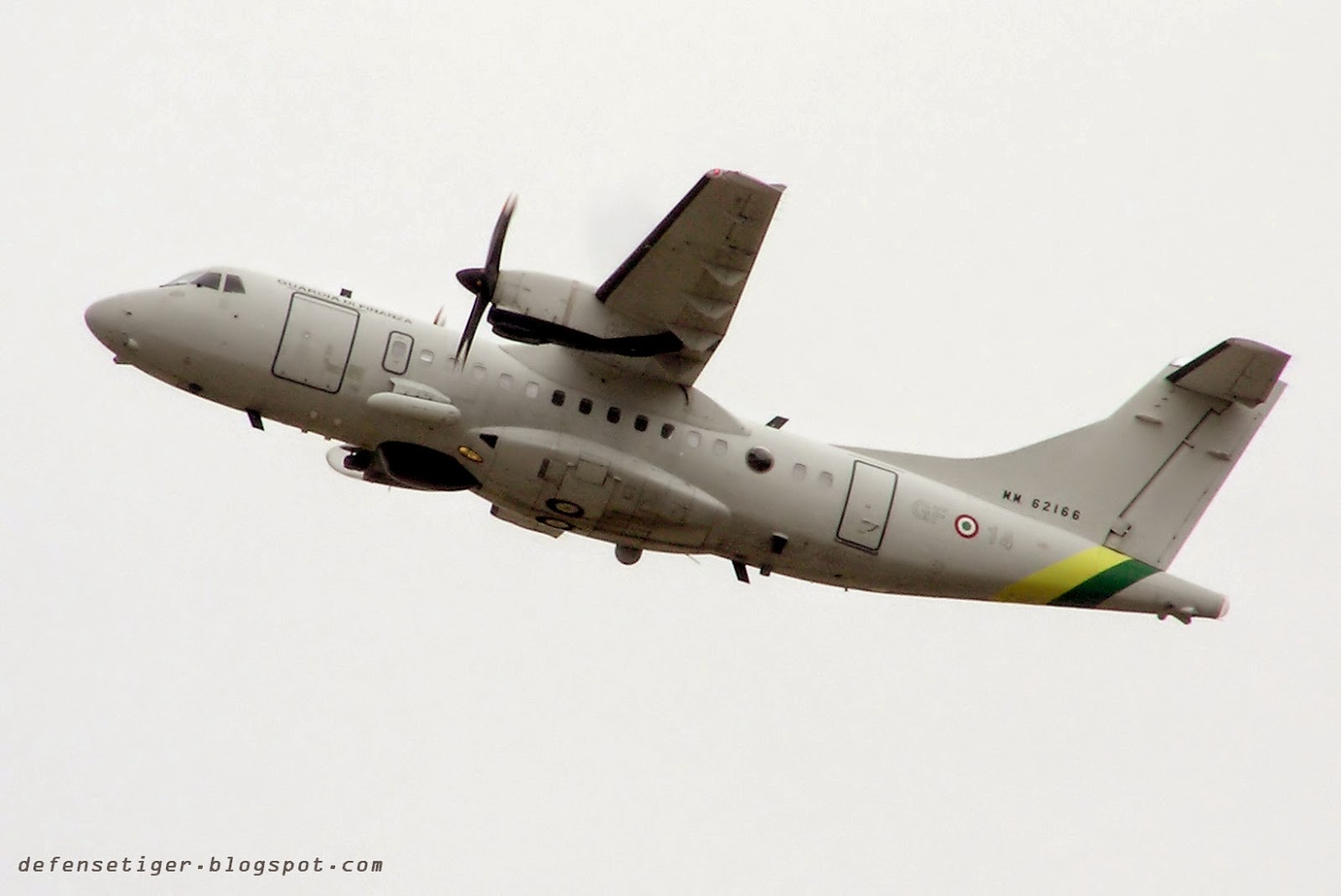 The aircraft has a ferry range of 3,741km and can conduct non-stop patrols for up to 11 hours. It integrates Advanced Tactical Observation System (ATOS) mission management system. The state-of-the-art mission system, along with onboard sensors, enables the aircraft to conduct a variety of missions, such as identification and tracking of vessels, maritime and coastal surveillance, SAR and pollution detection missions.

The aircraft is powered by two PW 127E engines, each with a take-off power 2,160shp. The maximum cruise speed of the aircraft is 280kt. 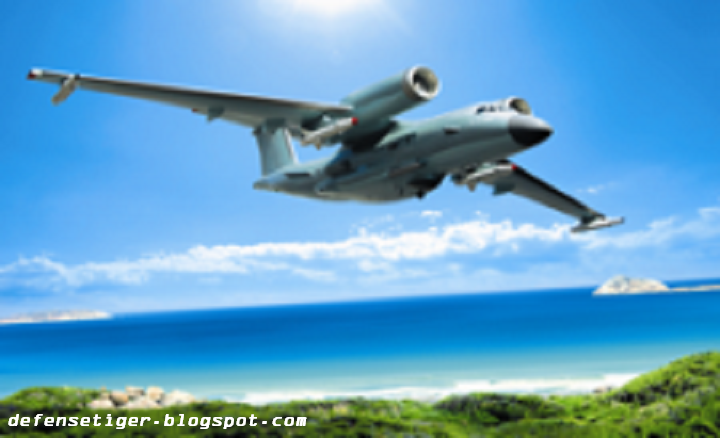 The AN-74MP was developed by ANTONOV based on its AN-74 transport aircraft. The maritime patrol aircraft ensures security across coastal areas in all weather conditions. It can also be used for search and rescue (SAR), electronic and radio reconnaissance and for detection of marine pollution.

The 7m-long cargo compartment can accommodate 44 armed infantrymen and 16 stretchers, plus a medical attendant and a payload of up to 10,000kg. It also allows the air drop of 22 fully-laden paratroopers. The power-plant integrates two D-36-4A turbojet engines providing a maximum speed of 725km/h, range of 3,704km and endurance of eight to nine hours. 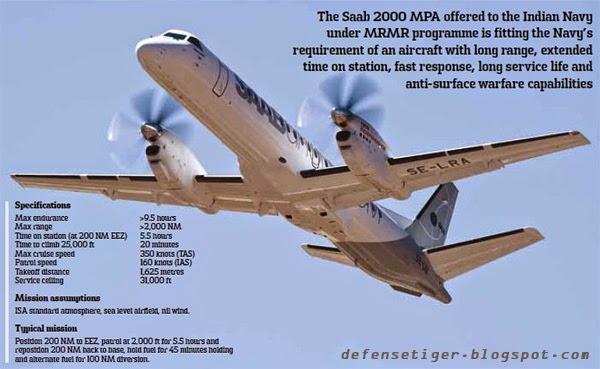 The aircraft has a maximum cruise speed of 350kt and patrol speed of 160kt. It can endure airborne for more than 9.5 hours. It can conduct patrols in an Exclusive Economic Zone (EEZ) of 200nm for 5.5 hours, while flying at an altitude of 2,000ft. Maximum range of the aircraft is more than 3,700km. 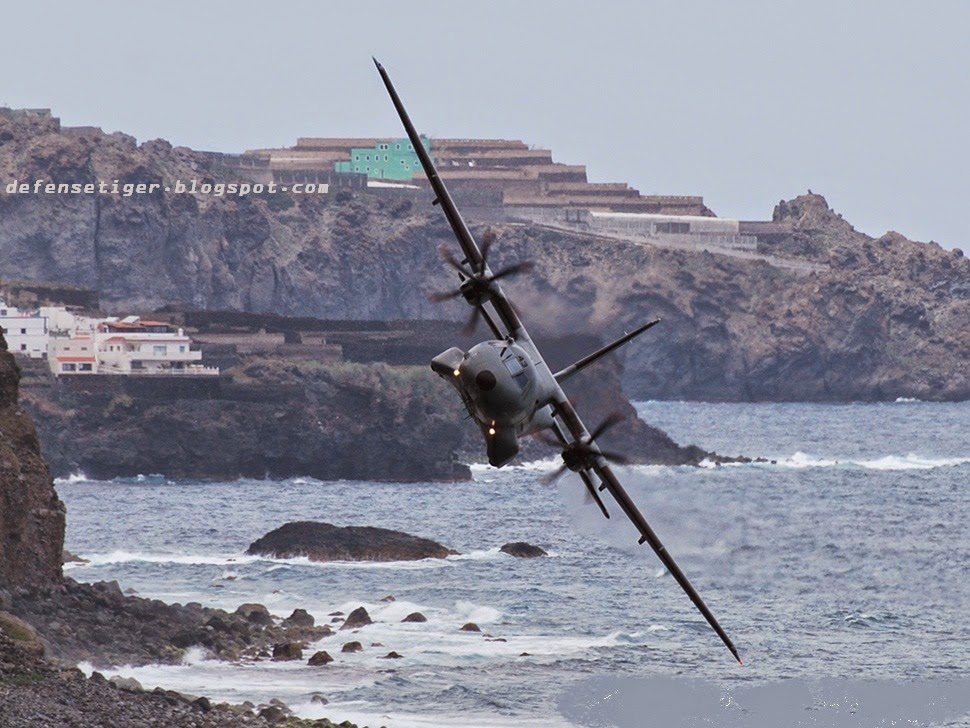 The C295 MPA is a versatile maritime patrol aircraft developed by EADS CASA (now Airbus Military). The aircraft can be deployed in maritime patrol, EEZ surveillance, SAR and anti-submarine and anti-surface warfare missions. It is in service with Chilean Navy, Portuguese Air Force and Royal Air Force of Oman.

The under-wing stations of C295 MPA can be armed with anti-ship missiles and torpedoes for striking surface and sub-surface targets. The power-plant integrates two PW127G turboprop engines. The aircraft can patrol a range of 1,800nmi (3,333km) and can stay airborne for more than eight hours, depending on the configuration. 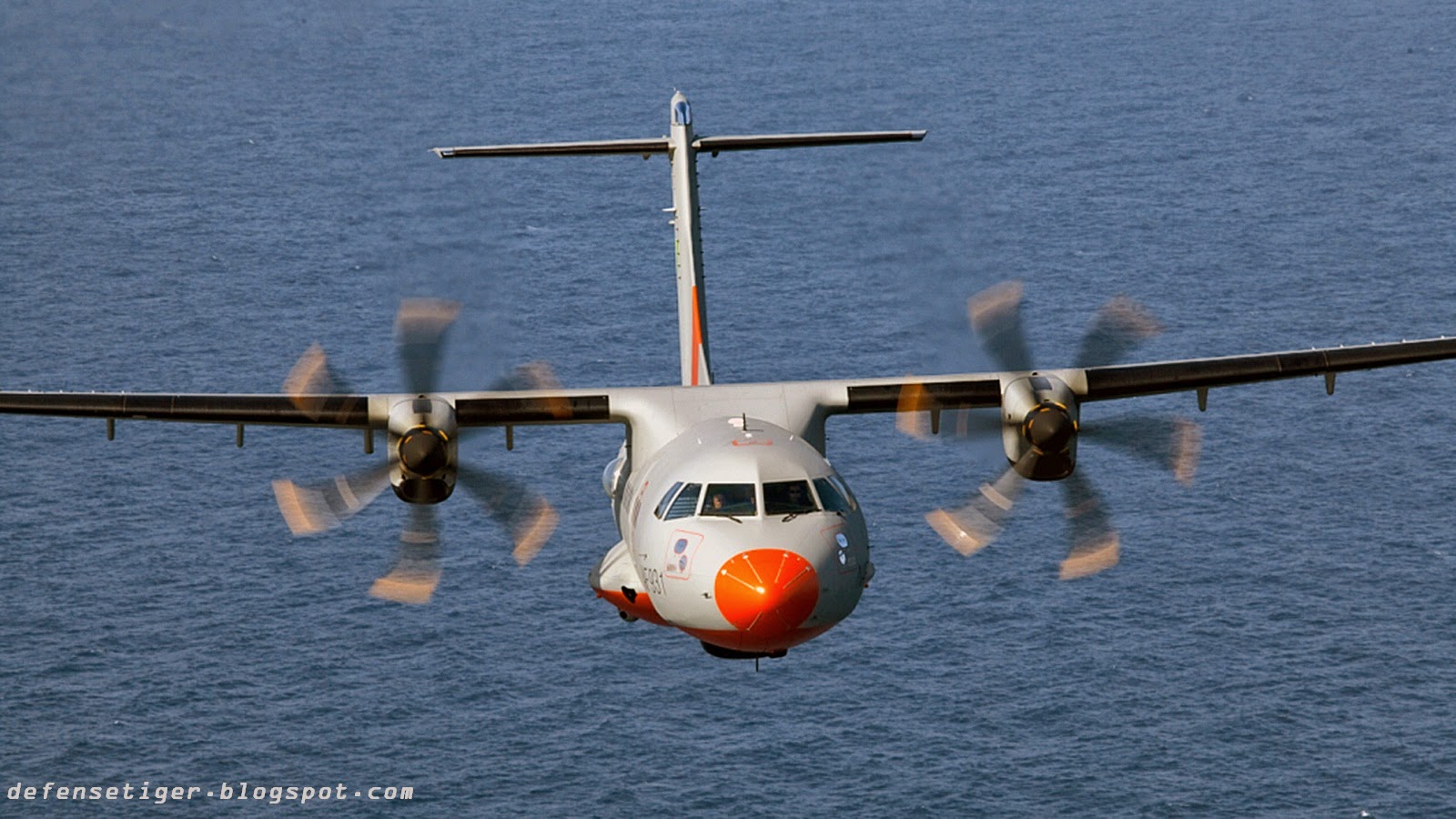 The ATR 72 MP (Maritime Petrol) aircraft, based on the ATR 72-600 platform, was developed by Alenia Aermacchi. The aircraft is primarily deployed in surveillance and reconnaissance, maritime patrol and Search and Rescue (SAR) missions. It is in service with the Italian Air Force.

The ATR 72 MP can operate in extreme temperatures, altitudes and environmental conditions. It is equipped with SELEX Galileo ATOS Mission System, which is interfaced with onboard sensors and equipment to perform electronic surveillance, optical reconnaissance, vessel identification and pollution detection.

The aircraft is powered by two Pratt & Whitney Canada PW 127M turboprops. Each engine driving a six-bladed, variable-pitch propeller provides a maximum cruise speed of 248kt and an endurance of 10 hours. 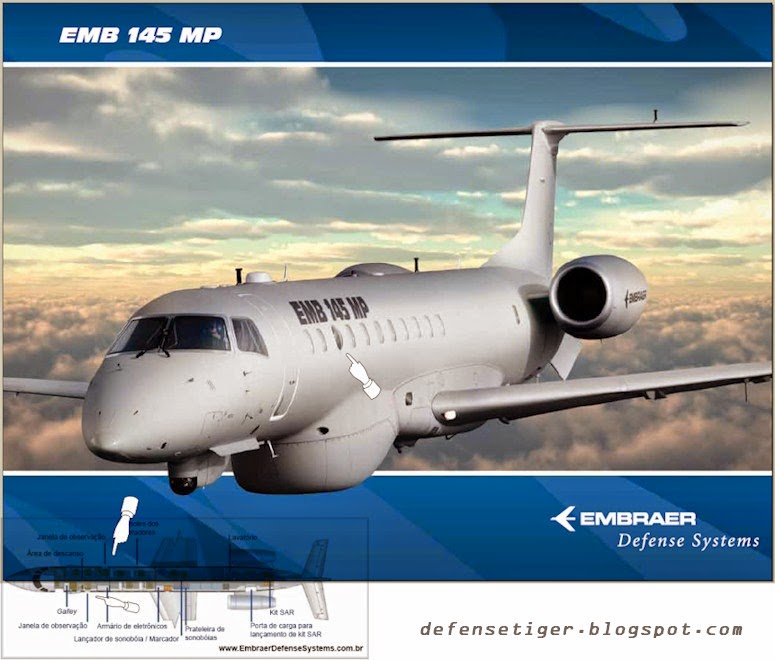 The EMB 145 MP's open architecture allows for integration of mission systems according to the customer's requirements. Its under-wing hard-points can be fitted with conventional and smart weapons.

The aircraft is powered by two AE 3007 turbofan engines, each generating a maximum thrust of 7,420lb. The maximum speed is about Mach 0.78 and range is about 3,020km. 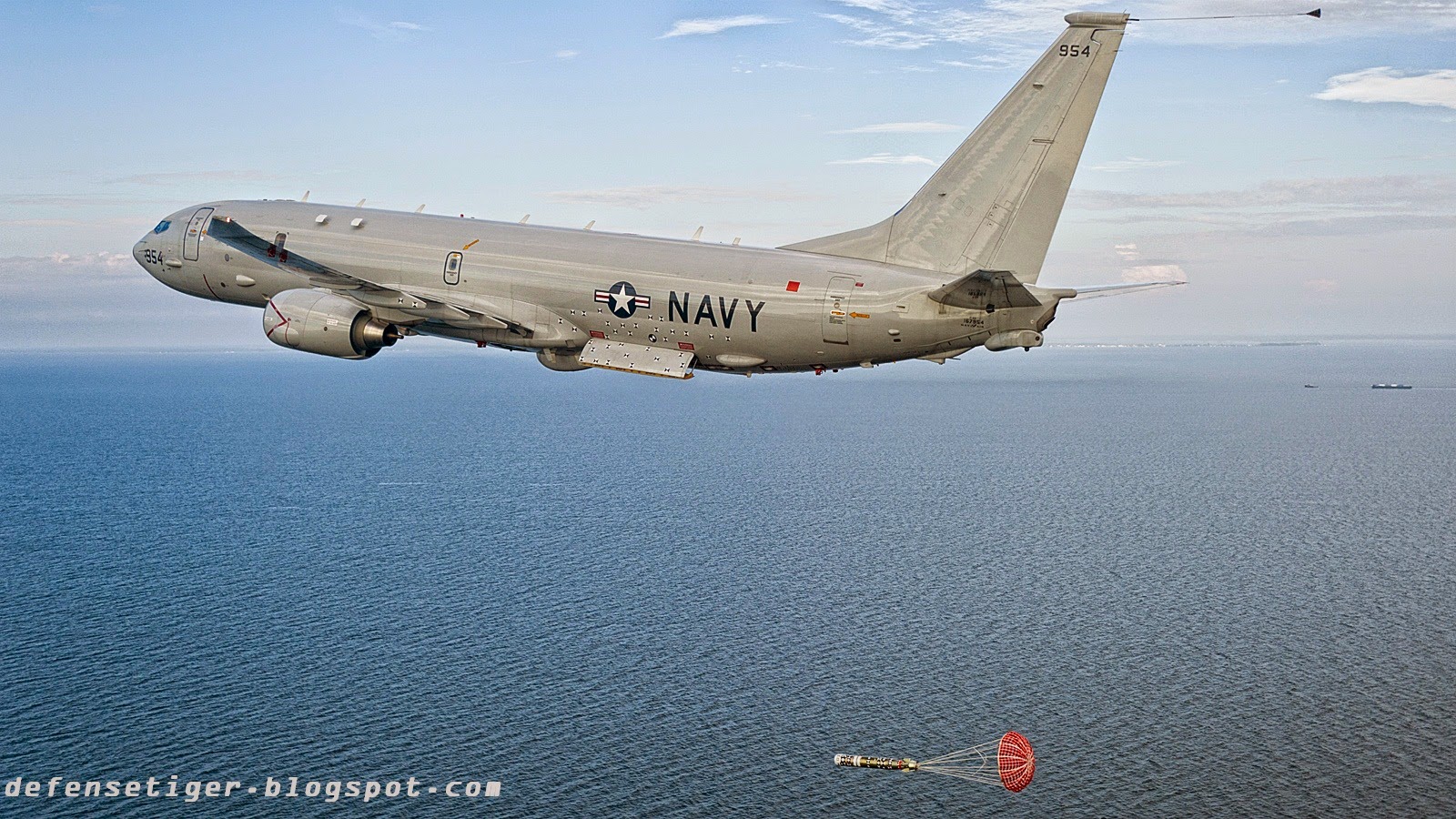 The P-8A Poseidon long-range multimission maritime aircraft was developed by Boeing for the US Navy. The aircraft is capable of performing maritime patrol, anti-submarine and anti-surface warfare, as well as intelligence, surveillance and reconnaissance (ISR) missions. It is based on Boeing's Next-Generation 737-800. The Indian Navy also operates a P-8A version designated as P-8I.

The aircraft flies at a speed of 789km/h. Its power-plant consists of two CFM56-7B engines, each developing 27,000lb of thrust. Additional fuel tanks give the aircraft a range of 2,222km with four hours on station. 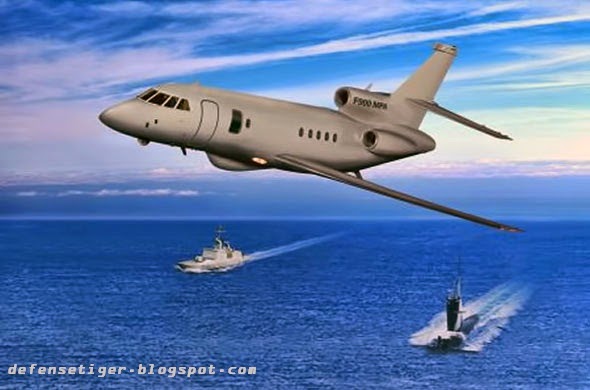 The Falcon 900 MPA (Maritime Patrol Aircraft) is a derivative of the Falcon 900 DX business jet. The MPA can be used for wide variety of missions including anti-submarine and anti-surface warfare, ISR, EEZ surveillance, surveillance of Sea Lanes Of Communication (SLOC), SAR, coastal security and environmental protection missions.

The power-plant of the Falcon 900 MPA includes three Honeywell TFE 731-60 engines equipped with Digital Electronic Engine Computer (DEEC). The aircraft has a cruise speed of Mach 0.85 and range of 1,200km.
Posted by Unknown at 4:58:00 PM