Chinese media has claimed the multirole capabilities of the J-15 fighter jet allows it to condduct antiship/antisurface and anti air warfare which make it far more superior even though its appearance is similar to Su-33. 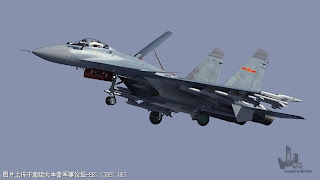 The Spokesperson of the Chinese Ministry of National Defense, Geng Yansheng has said, "The world military affairs have an objective law of development. Many weapons have the same design principle and some command and protection methods are also similar. Therefore, it at least is non-professional to conclude that China copied the aircraft carrier technology of other countries only by simply comparison.” 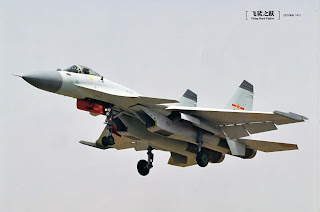 He added that J-15 has far more advance avionics and its fire-control computer is also very advance. The J-15 is lighter in weight and have greater strength due to the new materials used and it is powered by Chinese Taihang (WS-10a) turbofan engine.
Posted by Unknown at 5:21:00 PM