Meet PETMAN: The military robot that will walk right into your nightmares

From the company that brought you Big Dog, the uber-creepy four-legged pack mule robot, comes PETMAN, a two-legged machine that eerily mimics the walking gait of a human. I, for one, welcome our new robotic overlords. 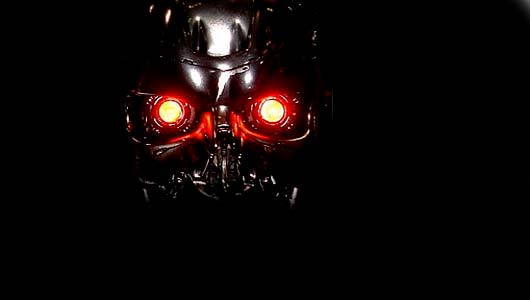 I am about as far as you can get from being a luddite and I'm generally not one to fall into paranoid future projections, but I have to say, I think the PETMAN walking robot is creepy. Watch this video:


Boston Dynamics is a robotics company that is probably best known to the average internet denizen as the company who made Big Dog:

Boston Dynamics has been doing a lot of work for the U.S. Department of Defense, so it's not a huge jump to imagine legions of robotic soldiers someday being deployed, backed up by packs of swift laser-wielding Big Dogs charging across a battlefield. Not a force that I'd want to be fighting against.
Add in a little bit of Singularity and we could be looking at a Terminator-style future, where humanity fight against an AI hivemind bent on enslaving or destroying every last free human with its robot army.
Of course, that's just crazy talk. Right?
I'll remain hopeful that these kinds of robotics will also be developed into machines to help do some good in the world. Big Dog would be welcome addition to wildfire fighters and natural disaster rescue workers while the Sand Flea, another Boston Dynamics robot, could be helpful in responding to mining accidents and monitoring fruit orchards and farmland.

We certainly live in interesting times.
Posted by Unknown at 1:08:00 PM