ISLAMABAD - After years of coping with U.S. and international sanctions intended to keep Pakistan from going nuclear, the country has renewed its air power and obtained vital missile and airborne warning capabilities without Western help.The U.S. sanctions imposed in 1990 did considerable damage to the Air Force. The embargo on the transfer of 71 Peace Gate-III/IV F-16s and their AIM-7 Sparrows kept the service from acquiring a beyond-visual-range air-to-air missile (BVRAAM) capability. Also beyond reach were airborne early warning (AEW) aircraft, whose capabilities were sorely missed during the 1980s, when Soviet aircraft engaged in combat operations in neighboring Afghanistan continuously intruded into Pakistani airspace.This also left the military at a severe disadvantage against India's much larger Air Force, whose Mirage-2000H and MiG-29As carried BVRAAMs. 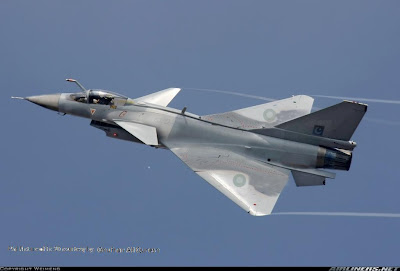 Islamabad attempted to close the gap with mid-1990s efforts to buy 40 Mirage-2000Cs, but that deal was scuppered by corruption allegations during the second tenure of Prime Minister Benazir Bhutto and the fall of that government.In dire straits, Pakistan turned to close ally China. Initially, China could only provide low-tech solutions like the F-7P, already selected to complement the high-tech F-16s. Modernizing Mirage-III aircraft with Italian Grifo-M radars eased the strain somewhat, but there was still the question of a BVRAAM weapon. 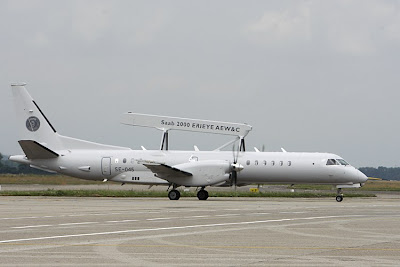 But together, China and Pakistan have now developed their own BVRAAM-equipped fighter and AEW aircraft: the Sino-Pakistani JF-17 Thunder multirole combat aircraft and the KJ-200/ZDK-03 AEW&C system.

Protection From Future Sanctions
Both programs have allowed Pakistan to boost its own aviation and defense electronics industries, with the eventual aim of being able to provide an indigenous, "sanction-proof" alternative to foreign suppliers.The JF-17 will enter frontline operational service by the end of 2009, armed with the Chinese SD-10/PL-12 BVRAAM. Officials have hinted about buying other weapons for later batches of the JF-17, such as the MBDA Mica. Wing Commander Asim Malik, a flight test engineer on the JF-17 program, would not speak directly on the subject. But "the mission computer can cope with any potential weapon integration," he said.Malik said this was linked to its considerable export potential, "as the JF-17 is the only medium-tech aircraft in this price bracket, so there is a queue of vendors wanting to supply systems for the aircraft." 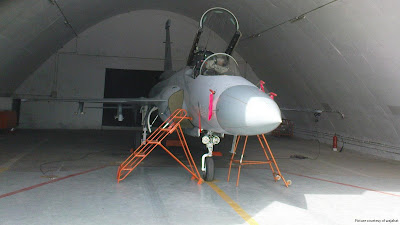 December also saw Pakistan sign a $278 million deal for four Chinese KJ-2000/ZDK03 AEW&C aircraft, whose active electronically steered array radar is mounted on a turboprop-powered Y-8F600. It is somewhat similar to the Saab-2000-mounted Ericsson FRS-890 Erieye system on order from Sweden.The ZDK-03 purchase, as with the joint JF-17 program, has an element of technology transfer, said defense analyst Usman Shabbir of the Pakistan Military Consortium.
"The Pakistan Air Force sees this procurement of ZDK03 AEW&C as a long-term investment, enabling it to tap into the emerging Chinese capabilities in this field," Shabbir said. "A team of PAF engineers is already working with the Chinese into refining the performance of this system, and China is also helping to set up labs for advance avionics R&D within Pakistan." 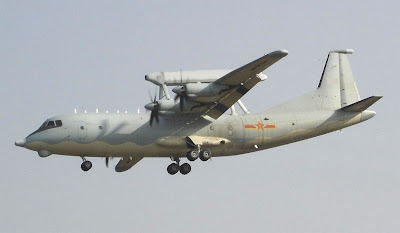 When the United States lifted sanctions in 2002, Pakistan once more sought American help to modernize its air arm but has continued to draw closer to China. In 2006, Islamabad and Washington concluded a $5.1 billion deal for 18 new-build F-16C/D Block-52+ aircraft, upgrades for 28 F-16A/B Block-15s, midlife upgrade kits, and 500 AIM-120C5 advanced medium-range air-to-air missiles. The Pakistan Navy also is set to acquire an AEW&C system based on the P-3B Orion airframe. Lockheed Martin spokesman Costas Papadopoulos said last November that work was set to begin on some aircraft.Though the American avenue for high-tech systems has been restored, Islamabad has not turned away from the alternative modernization program started with the help of China in the 1990s. Its aim was to acquire indigenous production capabilities in these areas and protect Pakistan from future sanctions.The expected order for 40 Chengdu J-10/FC-20 fighters from China later this year, to complement Pakistan's F-16s, will further ensure Pakistan is less reliant on Western technology. Islamabad's efforts to avoid a repeat of the sanctions that almost crippled its air arm for nearly two decades are almost complete.
Email: uansari@defensenews.com.