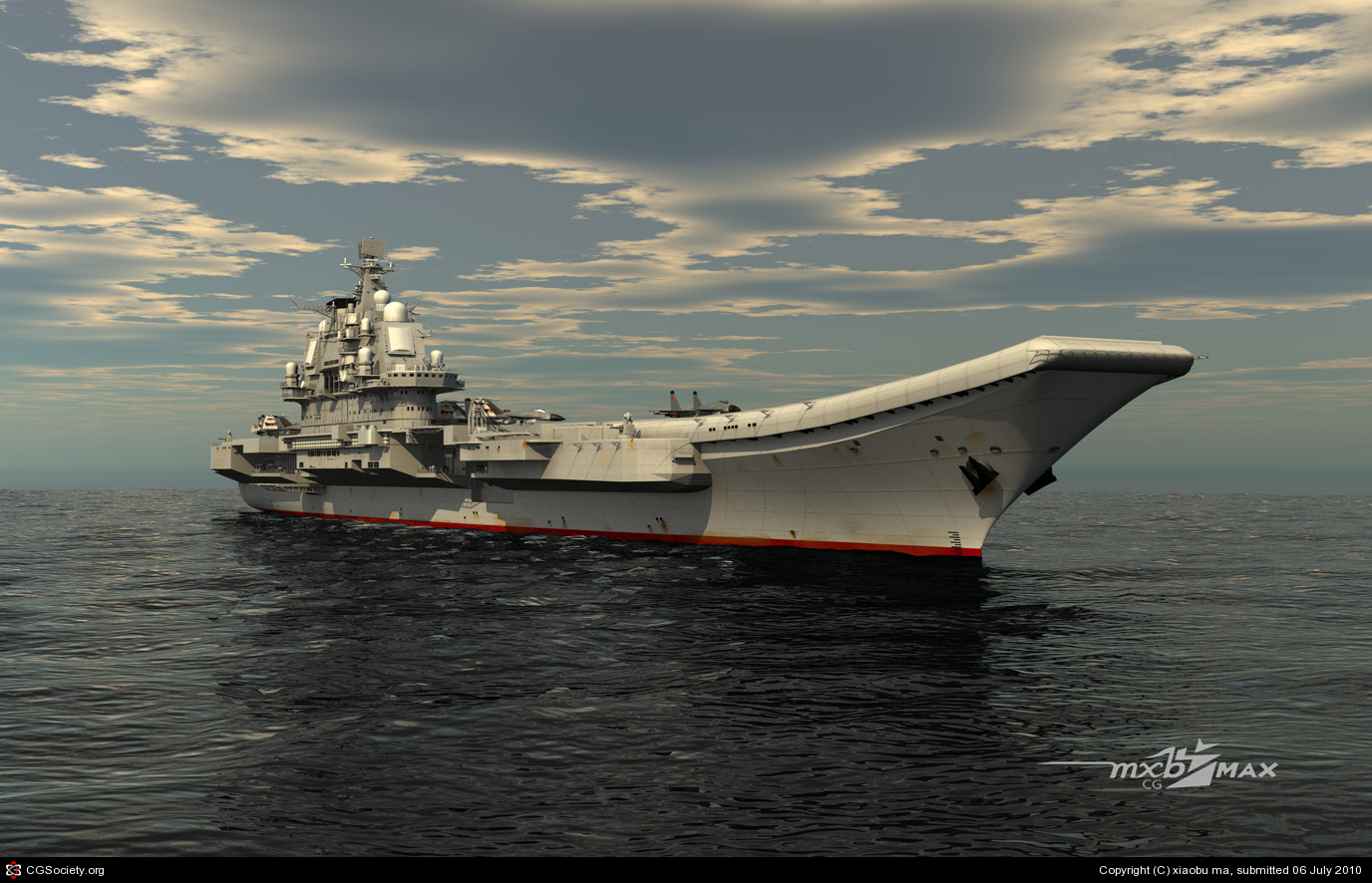 Varyag is an ex-Soviet Navy aircraft carrier constructed in the 1980s. The vessel construction stopped in 1992 after the break up of the Soviet Union. It remained in the Ukrainian shipyard unfinished until 1998 when a Macau-based Chinese company bought it for US$20 million. In March 2002, the vessel arrived in the Dalian Shipyard in northern China for refurbishment and has been stationed there since then. System installation of the vessel finally began in 2010/2011, and the vessel is expected to enter service with the PLA Navy as a training carrier around 2012.

Originally named Riga, Varyag is the second hull of the Soviet Navy Project 1143.5 (Admiral Kuznetsov class) aircraft carrier. The 67,500t vessel was laid down at the Nikolayev South Shipyard (formerly Shipyard 444) in Nikolayev on 6 December  1985 and was launched on 4 December 1988. In late 1990s, the vessel was renamed Varyag. After the dissolution of the Soviet Union in 1991, the ownership of the vessel was transferred to Ukraine. Construction stopped by 1992 as Ukraine was unable to fund the project by itself. By then, 70% of the construction had been finished. The vessel was structurally completed but without weapons, electronics, or propulsion.

The unfinished Varyag remained at the dock of the Nikolayev South Shipyard unattended for six years. In the late 1990s, the vessel was put up for auction and it was bought by a Macau-based Chinese company for US$20 million. The company claimed that the vessel would be converted into a floating entertainment centre in Macau, consisting of amusement park, hotel, Casino, restaurant, etc. The contract with Ukraine prohibited the buyer from using the carrier for military purposes. Before handing the ship over, the Ukrainians removed any equipment onboard Varyag that could be used to turn the vessel into a commissionable warship.
Varyag finally left the dock of the Nikolayev South Shipyard in 1999, towed by several high-power tug boats. However, the Turkish government refused the vessel to pass through the Bosporus Strait on the ground that without rudder and engine, Varyag posed too great a danger to other ships as well as facilities in the strait. The vessel was stationed near the strait for three years, until the PRC government was involved to resolve the issue. Following some negotiations with the two countries and handing the Turkish government US$1 million as a guarantee bond, Varyag was finally allowed to pass through the Bosporus Strait.

Varyag arrived in the Dalian Shipyard in northern China in 2002 and has been stationed there under tight security since then. It has become clear that the ship would not become an entertainment centre. Instead the vessel was handed to the PLA Navy for research and restoration. It was speculated that following extensive studies the ship would be finally converted into a fully operational aircraft carrier for training purpose. This was partially confirmed when the ship emerged from a Dalian Shipyard dry dock painted in PLAN grey in 2005. The restoration work was completed in late 2006 and the scaffolding on the ship's bridge has also been removed.

System installation finally began in late 2010. By March 2011 the island of the aircraft carrier was almost complete, with painting finished and scaffolding removed. Among various sensors on the island are a ‘Top-Plate-style’ long-range air/sea search radar on the top of the main mask, and four multifunctional phased array radar panels, possibly similar to those installed on the Type 052C Luyang-II class destroyers.
Specifications
Displacement: (standard) 67,500 tonnes; (full) 70,500 tonnes Length: 304m