JF-17 Thunder variant may be popular among developing nations

The JF-17 Block-II — the upgrade version of the JF-17 Thunder or Xiaolong fighter jet co-designed by China and Pakistan — is likely to be a very popular combat aircraft among developing nations, according to the Diplomat, an online current affairs magazine based in Tokyo.

Quoting reports from the Washington-based online portals Defense News and Defense Talk, the Diplomat stated that Pakistan has recently launched production of the JF-17 Block-II at the Pakistan Aeronautical Complex near Islamabad. The country expects to begin exporting the aircraft next year, the report said, adding the newer JF-17 Block-II variants possesses more advanced weapons systems and avionics. 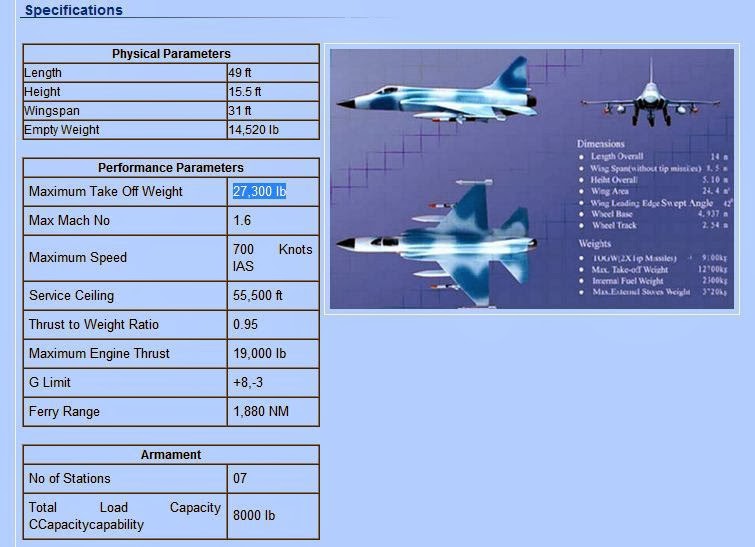 "We've been getting inquiries and expressions of interest for the JF-17 Thunder from many countries in the Middle East, Africa and from as far as South America," said Air Marshal Sohail Gul Khan of the Pakistan Aeronautical Complex.

Earlier last week, Pakistani prime minister, Nawaz Sharif, visited the Pakistan Aeronautical Complex to officially inaugurate the beginning of the Block-II production. The event was also attended by Chinese delegates and the Pakistan air force, the Diplomat said.
Posted by Unknown at 3:48:00 PM