SU-30MKI fleet facing a readiness crisis: 50% of the SU-30MKIs are unfit for operational flying 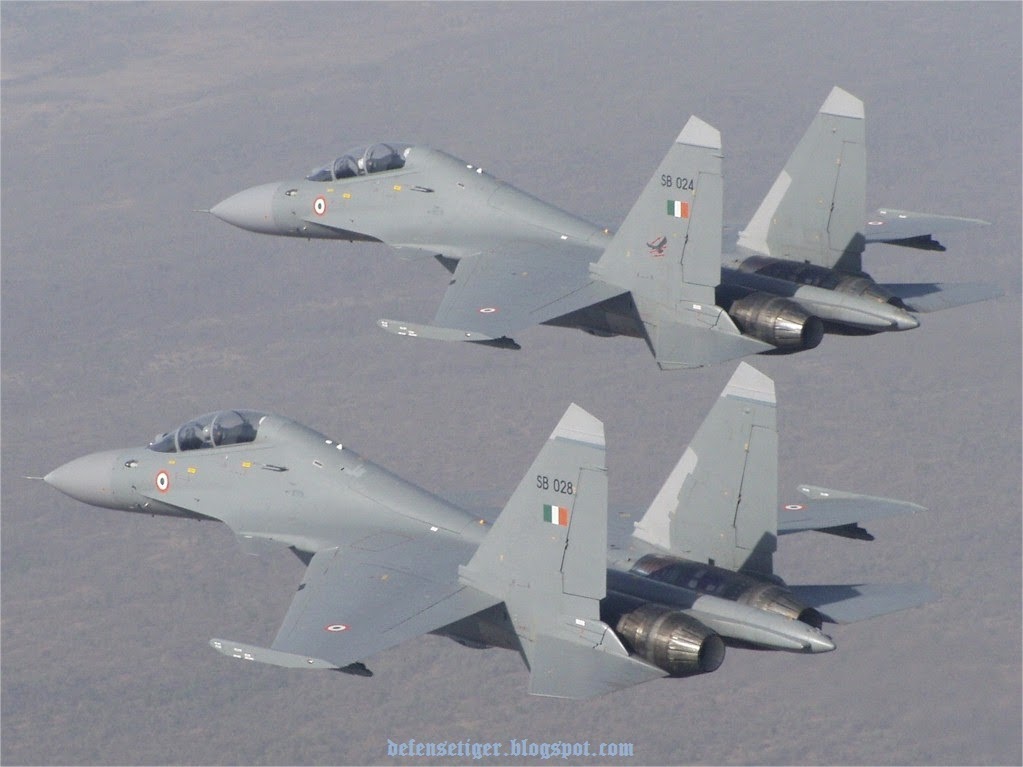 March 15/14: Readiness. India’s Sunday Guardian obtains letters and other documents sent by HAL to its Russian counterparts, pointing to serious maintenance problems with India’s SU-30MKI fleet. Compared with India’s older Mirage 2000 and MiG-29 fleets, whose readiness rates hover near 75%, fully 50% of the SU-30MKIs are considered unfit for operational flying. That’s a strategic-class issue for a country like India, and may provide the missing explanation for reports that India could abandon the joint FGFA/SU-50 5th generation fighter program in order to pay for French Rafale jets.
This isn’t the first time such issues have arisen (q.v. Dec 16/11), and the Russians have general reputation for these kinds of problems. One February 2014 letter from HAL’s Nasik plant reminds the Russians that they’ve been pursuing a critical issue since March 2013, with no reply:
“…multiple cases of repeated failure of Mission Computer-1 and blanking out of Head Up Displays (HUD) and all Multi-Function Displays (MFD) in flight… As the displays blanking off is a serious and critical issue affecting the exploitation of aircraft (it) needs corrective action/remedial measures on priority…”
From a Dec 24/13 letter:

“Due to non-availability of facilities for overhaul of aggregates [aircraft parts], the serviceability of Su-30MKI is slowly decreasing and demand for Aircraft on Ground (AOG) items on the rise…. Huge quantities of unserviceable aggregates [parts] are lying due for overhaul at various bases of IAF…. It appears that Rosboronexport and Irkut Corporation have limited control over other Russian companies [which provide vital parts like engines].”

One reason the MiG-29 fleet is doing better is that India has worked to build infrastructure like RD-33 engine plants in India, bypassing the Russians entirely.
Russian firms were supposed to set up a SU-30MKI repair-overhaul facility at HAL by December 2013, but that has fallen into a black hole, and so has the posting of aircraft specialists. India itself is often at fault in these scenarios, and indeed they’re reportedly haggling over price – but the specialist support contract reportedly states that they’re to be posted even if price negotiations aren’t finalized.
India’s core defense posture demands that they resolve these issues, one way or another. Sources: India’s Sunday Guardian, “Russians go slow, Sukhoi fleet in trouble”.
Posted by Unknown at 5:33:00 PM