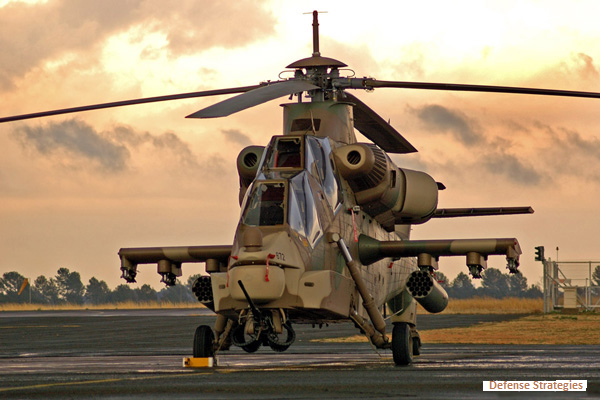 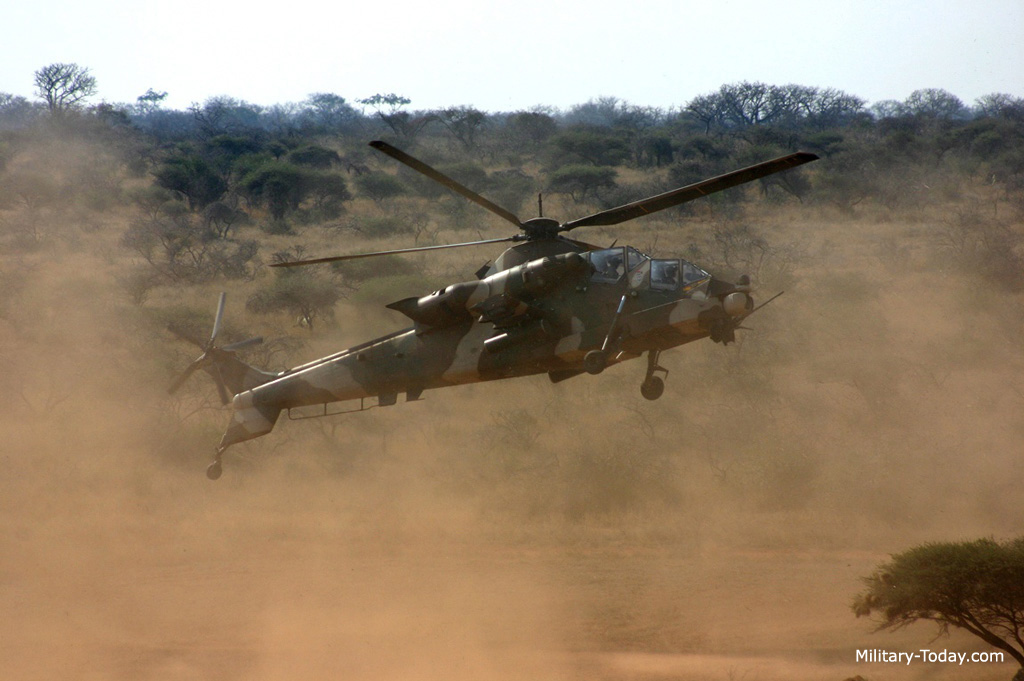 The Atlas (now Denel) Rooivalk (red kestrel) is the first operational result of a development programme launched in 1981 for an indigenous attack helicopter. The programme initially involved the XH-1 Alpha and XTP-2 Beta as concept-proving and systems test-beds. The definitive Rooivalk prototype, originally designated XH-2 (Experimental Helicopter No.2), made its maiden flight on 11 February 1990. The type was later redesignated CSH-2 (Combat Support Helicopter No.2) and, later still XDM (Experimental Development Model). A second prototype, the ADM (Advanced Development Model) flew soon after this and was tasked with avionics and weapons development.

Although it looks like an entirely new machine, the Rooivalk is based on a degree of reverse engineering of the Aerospatiale Puma, using the same engines (albeit in slightly uprated form) and main rotor.

The stepped tandem cockpits for the pilot and co-pilot/gunner (rear and front respectively) have dual controls, as well as three LCD displays. The third display is used for threat warning. There is no head-up display, but symbology is displayed on the helmet visor in full colour. A gyro-stabilised turret at the nose contains an automatic target detection and tracking system which incorporates a laser rangefinder, forward-looking infra-red and TV camera, and the two crewmen each have a helmet-mounted sight system. 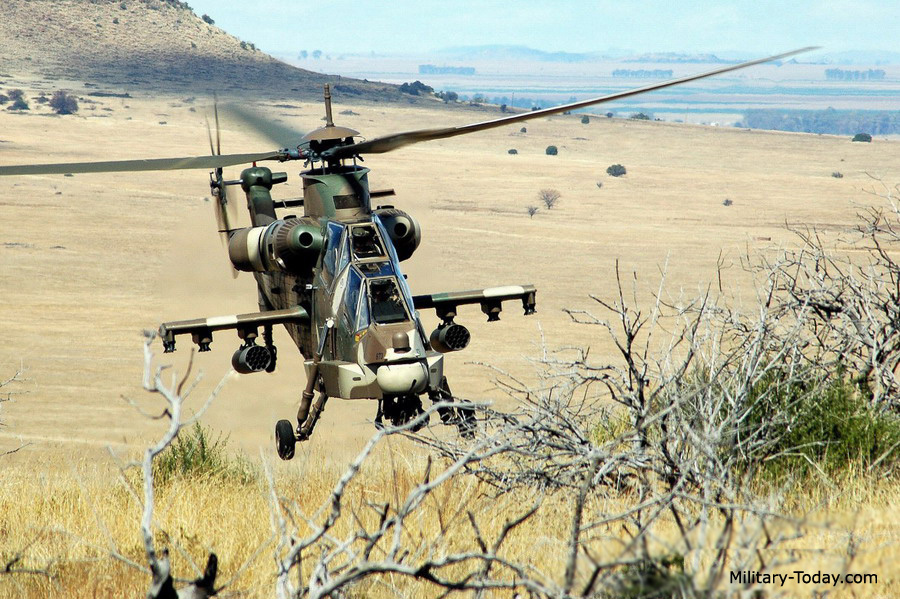 The South African air force has ordered an initial 16 examples as four operational evaluation and 12 operational helicopters. The full production standard Rooivalk will feature improved IR exhaust suppressors and enlarged sonson cheeks housing avionics and ammunition. A pair of external seats can be fitted to these cheeks, allowing a Rooivalk to pick up the crew of a downed helicopter, or to transport special forces soldiers. No16 Sqn, the SAAF's first Rooivalk unit, received its first AH-2A (as the aircraft is known in service) in May 1999, and also received the last of its 12 examples in 2001.