In the next decade all Air Forces are focusing on the Stealth Technology available in the 5th Gen aircraft. The IAF burnt by colossal failures with reference to indigenous aircraft and engine manufacturing was left with a huge gap. It has tried to fill the void which was left by the inability of the IAF to produce the LCA. That void is being filled by three level of purchases, the MCRC, the purchase of Russian PAKFA (called FGFA in Bharat) and possible direct purchase of aircraft from the US. 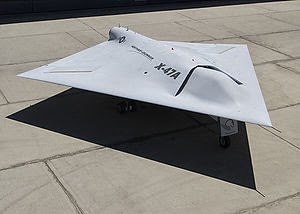 Within the next quarter century, the IAF is projected to have many 5th generation fighter aircraft. The Chinese Ari Force is Light Years ahead and faces no threat from Delhi. The PAF has taken note of the IAF numbers and is taking appropriate measures to deal with the situation.
The IAF in 2025 will have the PAKFA in service, provided the Russians can produce the aircraft and provided that they are not another generation of Flying Coffins.

The PAF Countermeasures are as follows:
The first UCAV’s were autonomous cruise missiles, something that the U.S. and Germany have been fielding since the 1940′s. In Europe, several UCAV’s are known as robotic warplanes ( the Neuron, the Barrakuda and the Corax) are under development. These UACV concepts had their origins in the US,  and Europe wants to remain competitive with the American Aviation industry. All the programs have stealth features playing in the same league as the American J-UCAS (Joint Unmanned Combat Aerial System). The US  program includes the Boeing X45C and the Northrop Grumman X47B Pegasus . These European projects are the first foreign competitors for the American UCAV.
These major UCAV’ systems are in play:
The UACVs have the following advantage:
The Disadvantages of UCAVs
Those who espouse following the C-47 route for the PAF are living in a fools paradise. The US will not share that technology with Pakistan and it will be too expensive for the PAF. The best route for the PAF will be to work with the Chinese and the Europeans to develop these unmanned systems.