Mystery drone emerges from the sea in the Gulf of Oman. American, Israeli or …. Iranian?

The following image shows a drone reportedly recovered by the Army of the Guardians of the Islamic Revolution from the sea in the Gulf of Oman, near the port of Jask, Iran. 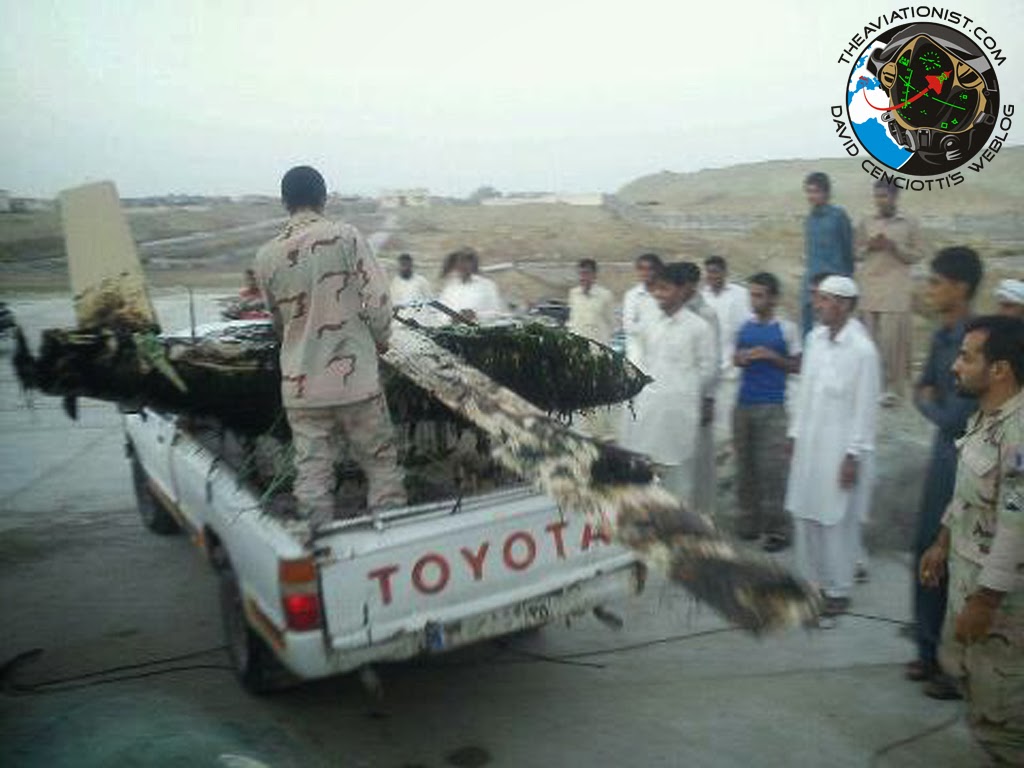 The mysterious UAV (Unmanned Aerial Vehicle) appears to be covered by mud and seaweeds and it does not look like any known type at first glance.

Although the quality of the photo does not help identifying it, the drone, seemingly painted in a desert color scheme, has something in common with the somehow famous “Pahpad” drone, made in Iran and used by Syria to spy on the clashes in Homs:similar nose section and, possibly fin (the one in the image could be displaced and the only surviving the impact).

Still, the drone recovered from the sea seems to lack the typical tail boom that in the “Pahpad” (image below) is connected to the vertical stabilizers in the middle of the fins.
Posted by Unknown at 5:22:00 PM