Special Detachment 88 (Detasemen Khusus 88), Delta 88, or Densus 88, is a Special Forces Indonesian counter-terrorism squad, and part of the Indonesian National Police. Formed on 30 June 2003, after the 2002 Bali bombings, it is funded, equipped, and trained by the United States and Australia.

Detachment 88 was formed after the 2002 Bali bombings and became operational in 2003. The name of the organization is a result of a senior Indonesian police official mishearing "ATA" in a briefing on the US Department of State's Anti-Terrorist Assistance program as "88".

He thought it would be a good name as the number 8 is a lucky number in Asia and other officials lacked the courage to correct him.

However, according to Brig. Gen. Pranowo, the Indonesian Police Headquarter Anti-Terror Director, the number "88" is taken from the number of Australian fatalities in the 2002 Bali bombing, the largest number from a single country.

Detachment 88 has disrupted the activities of Central Java–based Islamist movement Jemaah Islamiyah (JI) and many of its top operatives have been arrested or killed. Abu Dujana, suspected leader of JI's military wing and its possible emir, was apprehended on June 9, 2007. Azahari Husin was shot and killed in 2005. The Indonesian terrorist organization suffered a further blow when arguably its last surviving and at-large prominent figure, Noordin Mohammad Top was killed in a shootout with Detachment 88 on September 17, 2009 at Solo, Central Java.

Detachment 88 is assisted by foreign agencies, including the Australian Federal Police, in forensic sciences including DNA analysis, and communications monitoring. In pre-emptive strikes in Java, the unit thwarted attack plans to material assembly.

Detachment 88 operators were involved in an operation in Poso, where 10 people, including a policeman, were killed in a gunfight during a high-risk arrest operation on January 22, 2007.
In 2007, Detachment 88 arrested and interrogated West Papuan human rights lawyer, Iwangin Sabar Olif, and charged him with incitement and insulting the head of state, because he sent an SMS text message critical of the Indonesian military and president. Detachment 88's operations include using US intelligence officers in its Jakarta headquarters to tap the phone calls and read the SMS text messages of Indonesian civilians. 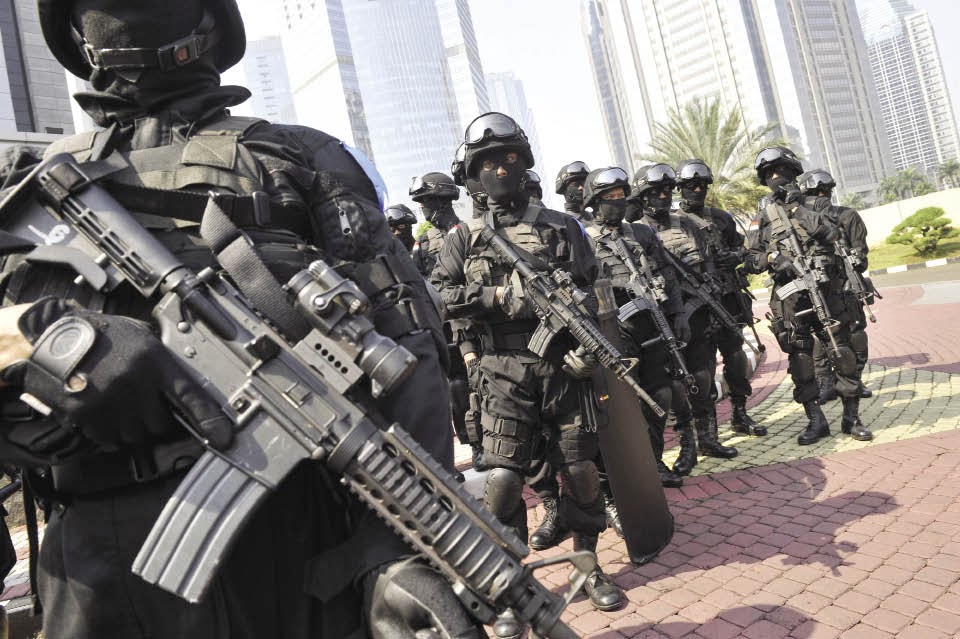 This special unit is being funded by the US government through its State Department's Diplomatic Security Service (DSS). The unit is currently being trained in Megamendung, 50 km south of Jakarta, by the CIA, FBI, and US Secret Service. 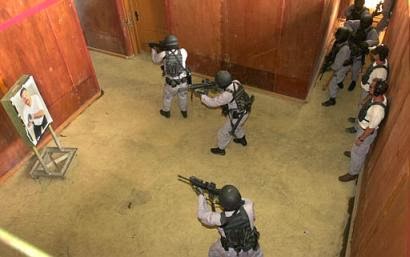 Most of these instructors were ex–US special forces personnel. Training is also carried out with the aid of Australian Special Forces and various intelligence agencies. 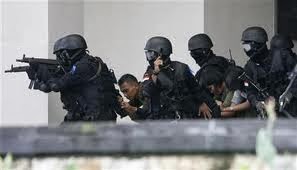 Detachment 88 is designed to become an anti-terrorist unit that is capable to counter various terrorist threats, from bomb threats to hostage situations. This 400-personnel strong special force went to full operation in 2005. They consist of investigators, explosive experts, and an attack unit that includes snipers. 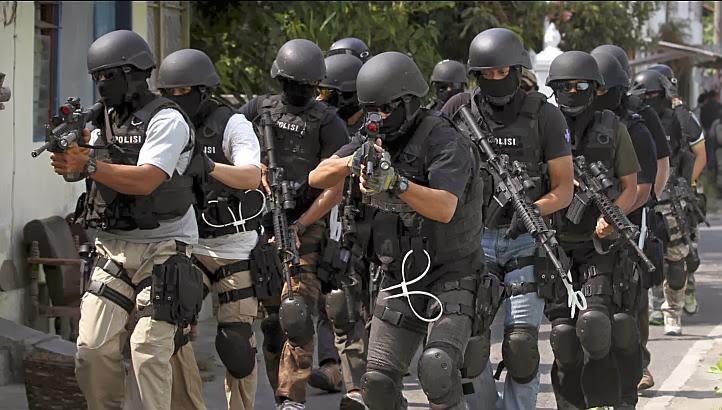 Detachment 88 officers are frequently seen armed with a M4A1 carbine when an operation or a raid is conducted while the Glock 17 pistol is used as the standard sidearm.

The unit has been accused of involvement of torture. In August 2010, Amnesty International said in an urgent appeal that Indonesia had arrested Moluccan activists, and they had anxiety that the activists would be tortured by Detachment 88. In September 2010, Malukan political prisoner Yusuf Sipakoly alleged gross human rights abuses by Detachment 88.