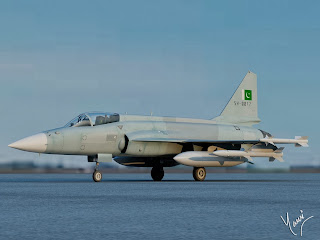 Beijing: As Chinese Premier Li Keqiang wrapped up his "impressive" visit to Pakistan to firm up their economic and military ties, a Pakistan official on Friday said "numerous countries" are interested in obtaining JF-17 Thunder fighter jet jointly developed by both the countries.

"We've been receiving inquiries and expressions of interest on the JF-17 Thunder from many countries in the Middle East, Africa and even as far as South America," Air Marshal Sohail Gul Khan, the chairman of the Pakistan Aeronautical Complex, told state-run China Daily.

The JF-17 Thunder - or the FC-1 Fierce Dragon as it's known in China - is a fourth-generation multipurpose combat jet co-developed by Aviation Industry Corp of China and the Pakistan Aeronautical Complex, which is in charge of manufacturing and maintaining the Pakistan Air Force's aircraft. Some of the inquiries were "very serious", he said. The joint venture has produced substantial number of aircrafts already with engine supplied by Russia. 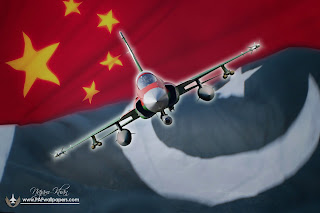 "During my trips to many countries, almost everyone I've met asked me about the plane and many countries said they want to join the project," Khan said. The JF-17 is an "extremely capable aircraft" and its manoeuvrability and avionics are excellent, he said. "The JF-17 is one of our top lightweight fighters, comparable to any advanced aircraft in the Pakistan Air Force," said Air Vice-Marshal Javaid Ahmed, chief director of the JF-17 project. The Pakistan Aeronautical Complex has already produced more than 40 JF-17s, he noted, adding the cooperation project between China and Pakistan on the aircraft is still under way with technicians from both nations focusing on the upgrading of weapons and avionics. In addition, Khan said the Pakistan Air Force has also been eyeing other Chinese military planes and may take part in the development of other aircraft in the future. His remarks came after six JF-17 Thunder fighter jets escorted the plane carrying Premier Li as it entered Pakistani airspace on May 22, prompting the Chinese leader to say it as an impressive welcome.