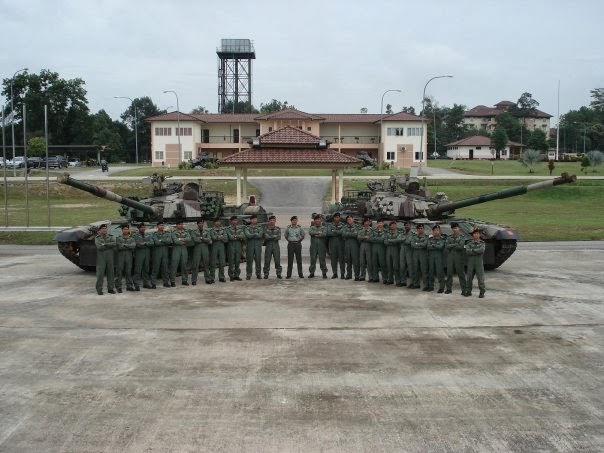 A looming general election which must be held by April 2013 has generally led to the government giving little priority to military procurement under the 10th Malaysia Plan of 2011-2015 which governs all Malaysian government spending for that timeframe. It should however be noted that the Malaysian government did initiate two major procurement programmes in 2010; the development and order to Deftech of Malaysian for 257 indigenously produced AV8 8×8 AFVs and the construction of six Second Generation Patrol Vessels to be built locally by Boustead Naval Shipyards with the assistance of France’s DCNS. Since then no major procurement programme has been initiated save for the signing in December 2011 of an MYR294 million ($97.3 million) contract for the construction of two training ships for the Royal Malaysian Navy (RMN) by Malaysia’s NGV Tech which would be built with the assistance of South Korea’s Daewoo Shipbuilding & Marine Engineering (DSME).

Other than that no major procurement has occurred since, despite an intense marketing effort by aviation companies for a requirement of 18 multi-role combat aircraft to replace the Royal Malaysian Navy’s (RMAF’s) MiG-29 fleet, which is scheduled to be phased out by 2015. However, the Malaysian government has yet to indicate when a decision will be made on that programme save to only say that it will be made after the General Election. The issue of Malaysian defence developments post-Election is a conundrum by itself, while the ruling National Front coalition is expected to win and remain in power, there does exists the possibility that the opposition People’s Alliance could win by a slim margin. Should they do so, it is an open question as to how defence developments in Malaysia will proceed as the People’s Alliance has yet to issue any official statement as to their plans in regards to defence. Rhetorically, the People’s Alliance has made statements stating that they consider defence spending a wasteful expenditure and in one year, proposed that the existing annual defence budget be cut by 90 percent. How much they would actually do so in practice should they gain power is open to question. Even with the ruling National Front retaining power, it is also open to question as to whether any defence programme or requirement will proceed immediately given the Malaysian government’s lack of emphasis on such. For example, the Royal Malaysian Navy has had a requirement for a multi-purpose support ship since 2008 and even the loss to a ship fire in 2009 of the RMN’s sole amphibious capability ship, the Newport class LST KD Sri Inderapura, failed to spur any priority towards this requirement by the Malaysian government. RMN Chief Admiral Tan Sri Aziz Jaafar said in December last year that he expected acquisition of the MPSS to only take place in the 11th Malaysia Plan of 2016-2020. Still there remains open the possibility that the government may approve some programmes post elections though this would depend on the circumstances and finances involved.

The Army’s key current ongoing programme is the indigenous AV-8 AFV to be built by Malaysia’s Deftech and based upon the Turkish FNSS PARS AFV. Deftech is partnered with a number of foreign companies in this programme including Britain’s BAE, Turkey’s FNSS, France’s Thales and South Africa’s Denel among others. 257 vehicles in twelve variants are to be produced with the basic prototype currently under development and scheduled for a sixth month trial in Malaysia by March 2013 with full production expected to begin in 2013 and completed in 2018. The 257 vehicles are expected to be an initial batch with the Army expected to order additional vehicles down the line. Potentially down the line, the Army plans to upgrade its tactical 4x4s and its truck fleet. In the case of tactical 4x4s, though no formal tenders have been called, the Malaysian Army’s table of organisation for the Standard Infantry Battalion calls for at least 15 vehicles per battalion to act as weapons platforms/carriers for the battalion’s support weapons, with the Malaysian Army keen to have its over 30 infantry battalions to be equipped as such, a potential order of over 500 vehicles could emerge in the future should funding be approved. In regard to military trucks, while the Malaysian Army uses the Deftech supplied Handalan series of three tonne general service trucks for much of its requirements, the Army is now planning to establish a second line fleet of trucks to supplement the general service trucks. This fleet would be comprised of trucks capable of carrying more than three tonnes of cargo in rear echelon areas. Again funding has yet to be approved or formalised for this.

The Royal Malaysian Navy’s key programme is the six ship Second Generation Patrol Vessel – Littoral Combat Ship (SGPV-LCS). The SGPV-LCS are to be the follow-on to the six Kedah class Next Generation Patrol Vessels (NGPV) built by Boustead Naval Shipyard (BNS) though the SGPV-LCS will be bigger and more heavily armed compared to the Kedah class. Despite the LCS name, the SGPV-LCS is a conventional design hull based on DCNS’ Gowind design, DCNS being selected as the foreign partner to work with BNS on the SGPV-LCS programme. The ship is to have an overall length of 107m, a full load of 2750 tons, a 106 personnel crew, maximum speed of 28 knots with a cruising speed of 16 knots, range of the ship expected to be 5000nm, with an endurance of 21 days. The weapon systems of the SGPV-LCS have been a source of continuing disagreement between the RMN and BNS with the RMN insisting that the ships be outfitted with their exact choice while BNS have pressed for systems of their choice in order to ensure that integration of the ship systems go smoothly and that costs in building the ships be kept down. At the time of writing, no decision has been made yet as to the primary weapon systems for the ship. The RMN is said to prefer the Raytheon ESSM for the surface to air missile with the Kongsberg Defence & Aerospace Naval Strike Missile for the surface to surface missile while BNS have been said to have recommended the Mica system for the SGPV-LCS’ SAM and the MBDA’s Exocet as its SSM. The main gun is expected to be the BAE Bofors Mk3 57mm, which BNS’s parent company, Boustead Heavy Industry Corporation has an existing joint venture partnership known as BHIC Bofors Asia. The first ship is scheduled to be delivered in 2017 with subsequent ships delivered every six months thereafter. All will be built at the BNS facilities in Lumut. However with this ship class only to be delivered beginning from 2017, it is clear that the RMN will face a capability gap till then and likely a situation of concern giving the tensions surrounding the Spratly Islands, which Malaysia claims and where the RMN maintains a presence on five islands and reefs. There has been moves by the US to offer surplus Perry class frigates being decommissioned from the US Navy though little has emerged from this partly as any such acceptance would require funding approval from the Malaysian government, which has appeared to have put any defence decision involving funding on hiatus until after the election.

The first of the two locally manufactured training ships ordered in 2011 was launched on 14th December and RMN Chief Admiral Tan Sri Aziz Jaafar has called additional two ships to be built and outfitted as combat ships. In his speech during the launch of the 75.9m training ship ‘Gagah Samudera’, the RMN Chief urged the Malaysian government to consider the purchase of two additional hulls during the timeframe of the 11th Malaysia Plan of 2016-2020 as replacements for the current eight aging Handalan and Perdana class Fast Attack Crafts which entered service in the 1970s. The second training ship is scheduled to be launched in January 2013 with the Gagah Samudera scheduled to be commissioned and entering service in 2013 while the second ship will enter service in July 2014.

As stated earlier, the purchase of the Multi-Purpose Support Ship is unlikely to commence until the 11th Malaysia Plan of 2016-2020, possibly also likely to take place in that timeframe, though the RMN would like to have it commence as soon as possible, is the purchase of at least 6-12 anti-submarine warfare helicopters. The US has been heavily promoting the MH-60R Seahawk for this requirement.

The much talked RMAF programme is the Multi-Role Combat Aircraft replacement for the MiG-29 fleet, though the RMAF has indicated that it would like to have the aircraft delivered by 2015 to coincide with the phasing out of the MiG-29 though such a date would now be impossible to achieved given that the manufacturers of the aircraft in contention have all stated a 28-36 month delivery date after signing of contract. As such this calls into question the Malaysian government’s sense of urgency on the programme, given that the timeframe to sign the contract in order to meet the RMAF date of when they would like the aircraft to be delivered has slipped by and it is possible that contrary to expectations, that a deal for up to 18 aircraft may not be signed in 2013 following the elections. The aircraft in contention are the Boeing Superhornet, Dassault Rafale, Eurofighter Typhoon (marketed for BAE) and Saab Gripen. Long term plans for the RMAF call for the RMAF to have a force posture of six front line MRCA squadrons. Currently the RMAF has two MRCA squadrons, No. 11 with the Su-30MKMs and No. 18 with the F/A-18 Hornet though No 18 is only a half squadron with Malaysia only having eight Hornets in its inventory. The RMAF also has a number of other procurement and upgrade requirements amongst them the procurement of Airborne Early Warning and Command (AEW&C) aircraft, additional PC-7 Mk II trainers, the construction of support facilities for the A400M transports scheduled to enter service in 2015, the upgrade of the BAE Hawks currently in RMAF service, upgrades of the RMAF’s C-130 fleet and either the obtainment of additional Eurocopter EC-725 helicopters or a service life extension programme for part of the RMAF’s S-61 ‘Nuri’ helicopter fleet. However some of these programmes, notably the AEW&C aircraft, additional PC-7 trainers and upgrades to the BAE Hawks are unlikely to proceed anytime soon due to the lack of funding, particularly for the AEW&C aircraft in which Saab has been marketing its Erieye system and Northrop Grumman the E-2D Hawkeye. The RMAF is looking at an operational requirement for eight AEW&C aircraft though the costs of such is likely to ensure that a lesser number, if any, will be purchased. Both the C-130 fleet upgrade and the S-61 helicopters SLEP have been allocated for but the government has yet to give approval for the RMAF to proceed. Some 15 S-61 helicopters are to undergo the planned SLEP while the C-130 upgrades would involve the upgrading of its avionics to meet international civil aviation standards and the installation of self-protection systems.

Two of the twelve EC725s ordered by the RMAF were delivered on 3rd December. Originally only one EC725 was to be delivered but the second one was completed ahead of schedule. A third will be delivered by March 2013 and the current delivery schedule calls for delivery of all 12 helicopters to be completed by January 2014. The RMAF would like to obtain another twelve EC725s and also obtain funding to fully equip the current twelve with self protection systems and additional specialized equipment but no indication has been given by the Malaysian government as to these requirements. The RMAF expects to take deliveries of its four A400Ms in 2015-2016 and is expected to soon issue a tender for the construction of facilities at RMAF Subang to house the A400Ms which will be stationed there.
Posted by Unknown at 5:30:00 PM