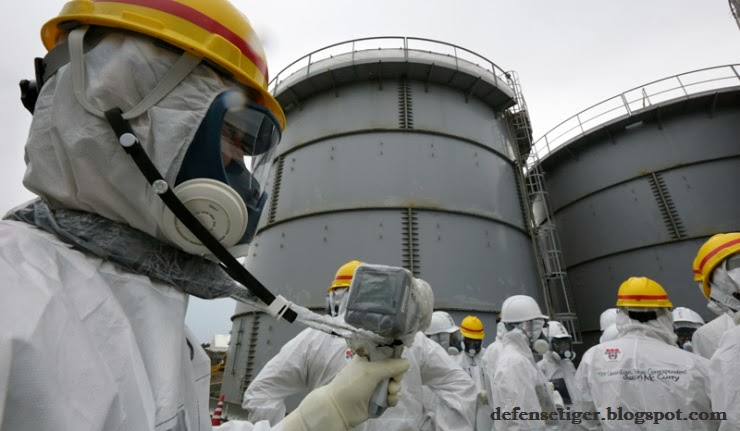 TEPCO has detected a record 1.9 million becquerels per liter of ray-emitting radioactive substances at Fukushima’s No. 2 reactor. Besides, the analysis of water samples from beneath the No. 4 reactor's well has shown radioactivity in deeper groundwater, raising new concerns of radioactive substances leakage into the ocean, NHK broadcasting company reports.

The previous record of 1.8 million becquerels of beta-ray sources per liter was registered at reactor No. 1 on December 13.

Apart from beta-ray emitting substances, 6.7 bq/liter of radioactive cesium and 137, 89 bq/liter of strontium were found by TEPCO experts, but the company’s officials urged not to jump to conclusions, adding that more examinations are needed. They also suggested that the figures could be wrong due to the possibility of mixing up radioactive substances while getting the samples.

Radiation-contaminated water leakages have been the major threat to Japan’s population and environment since March 2011 when the Fukushima disaster happened.

So far TEPCO has reported about two major leaks of highly radioactive water into the ocean from storage tanks – a 300-ton leak in August and 430 liters in October.

Japanese ministry of education has recently concluded that the children living in the proximity of the Fukushima nuclear plant are prone to obesity more than those living in the rest of the country. The reasons for the phenomenon the ministry officials see in the children’ changed daily routine as they are forced to reduce their out-door time due to the air pollution; authorities also claim relocation of families to other parts of the prefecture to have a huge impact on the children’s lifestyles as well.

The proportion of obese children in Fukushima was the highest compared to Japan’s other 46 prefectures in six of the 13 grades, from kindergarten to the third grade of high school. In total Fukushima’s young population is on average 20% heavier than in the rest of the country, and that’s in every school grade, while before the disaster the number were within the average around the country.

Ever since the earthquake and the tsunami crippled the plant in 2011, 56 schools were forced to confine the children to indoors for the bulk of time, having them spend very little time in the open air.

Parents who express great concern for their children’s well-being tried to leave the area, but the ones who stayed could in fact damage them becoming the circumstantial cause for their obesity.

However, the general studies indicate that the recent trend of obesity is becoming more and more overwhelming among young people, as they are getting accustomed to westernized diet replacing Japanese tradition meals containing a lot of fish and vegetables. Also, kids are less athletic now, as well.

The concerns of people who stayed in the vicinity of the crippled plant are have surely not been lifted by the authorities’ recent claims that the prefectural government had failed to monitor the progress of decontamination work.

Garbage bags filled with dirt and debris collected from contaminated areas have been left by workers in a park near the apartments, and the children used them to climb on.

According to research of the Mainichi newspaper, that radiation levels near the bags was 2.23 microsieverts per hour, and that is 10 times the legal limit. Waste has also been dumped close to schools.
Posted by Unknown at 5:23:00 PM