A comic crew first time at sea could have made the purported ridiculous mistake of charting errors. If an experienced crew with a commander of 19 years of exemplary service, could make such a silly mistake, there would be such a silly accident every month of the year. So why is this accident the only exception?
On one hand, the crew and commanding officer were guilty of stupidity. Yet the same crew were also commended for the post grounding response and their exceptional effort in steaming the beleaguered near-fatal submarine back to Guam unaided without any external repairs and outside assistance. Hard to believe the same crew and captain could have morphed from incompetence to brilliance in a matter of minutes.
Equally hard to believe was the recognition of “actions of the crewmen who saved the ship after the accident, including nine men who received the Navy and Marine Corps Commendation Medal”. Where were these men before the submarine dived blindly at full speed kamikaze style into a problem (seen or unseen).
http://www.maritimequest.com/in_the_news_pages/uss_sanfrancisco_ssn_711_grounding.htm
The captain was found guilty of putting the ship in danger at an admiral's mast last month, and relieved of command. Last week, six more crewmen were cited for putting the ship into danger or dereliction of duty, and received punishments that included demotions and letters of reprimand. 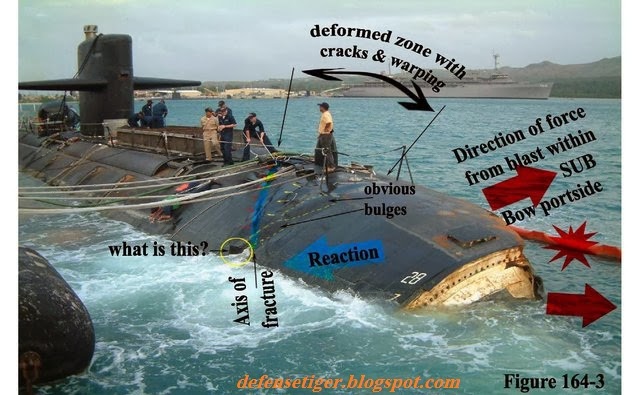