A senior Pakistani official recently told the UK's Jane's Defence Weekly that the country is likely to purchase six submarines from China. 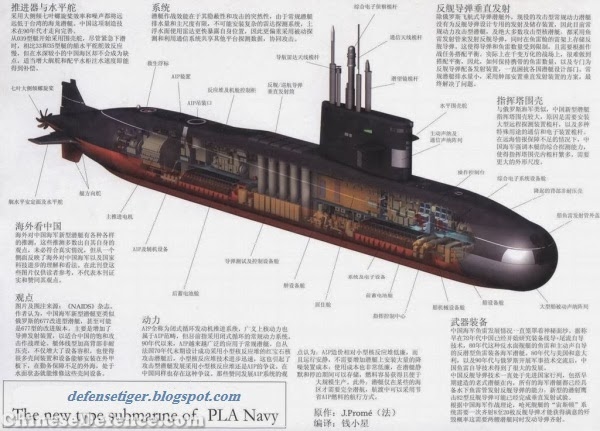 The official said the deal will be completed soon and an agreement is expected to be signed by both parties by the end of the year. The Sina news web portal also cited a Pakistani official who said Islamabad and Beijing had settled the details for the arms sales and only the payment issue needed to be finalized. The Pakistani source revealed that the S20 diesel-electric submarines, an improved model of the People's Liberation Army's Yuan-class submarines, may be the model that Pakistan will buy because China has actively promoted the model in the global market. The S20 was developed based on the Type 039 submarine, which is referred to as Yuan class by the North Atlantic Treaty Organization and which measures 66 meters in length, 8m in beam and 8.2m in draft. The surface displacement of the submarine is 1,850 tonnes and its submerged displacement is 2,300 tonnes, with a maximum speed of 18 knots. It can reach 8,000 nautical miles at 16 knots and it can carry 38 crew members in total for 60 days.
It uses a double hulled structure and its maximum dive depth is 300m. Selling diesel-electric submarines to Pakistan will further consolidate China's role as a supplier for the country’s weapons and military equipment and enhance the Pakistan Navy's combat capability. At present, the Pakistan Navy has five aging submarines bought from France — three Agosta 90B-class submarines purchased in the 1990s and two Agosta 70-class submarines, bought in the late 1970s.
Posted by Unknown at 4:20:00 PM