Iran, which has been repeatedly slammed by Washington over its poor human rights record, has published its own scathing report on rights violations in the United States. The report by Iran’s paramilitary Basij (bah-SEEJ) force says Washington is using human rights as a tool to wage war on other countries, while violating them at home. The Voice of Russia talked to Foad Izadi, faculty member at the University of Tehran. 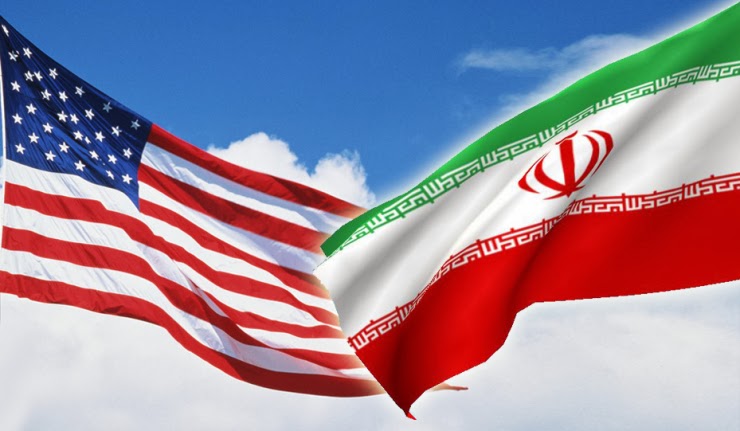 The report focuses on rights abuses in 2013 and questions the United States’ role as the self-proclaimed defender of human rights and accuses Washington of an array of abuses.
The 30-page document lists death penalties, violation of prisoners’ rights, lack of free speech and breach of privacy rights among abuse practices in the United States.

It also refers to specific cases, including whistle-blowing activities of Edward Snowden that triggered privacy concerns and diplomatic scandals all over the world.

Tehran is also concerned about police discrimination targeting Muslims ‘for nothing but their faith’, specifying that they are viewed as suspects and are stigmatized by the authorities who are supposed to protect them.

The report - available in Persian, English and Arabic - was issued just a week after the United Nations published its survey focusing on human rights violations in the Islamic Republic, which was immediately dismissed by Iranian officials.

Foad, what do you make of a UN report on rights violations in Iran that was that was released recently?

I think, after keeping in mind that the source of that report was opposition figures and organizations that have been trying to overthrow the Iranian government for the last thirty-some years, and because of that type of source, you should imagine that the report is going to be critical of the Iranian government. Unfortunately, in the UN they have a number of countries like the United States that have more power than just one vote. Since the US is part of the Security Council, and because of its historical role in the United Nations, what happens is some issues that interest the US government, there is more exercise of power, and I think the UN report needs to be viewed from that angle, that the people who actually managed to write it and provided information for that had that in line to damage the reputation of Iran internationally.

So, as you’re saying, I wish to considerer the source here. And probably America was behind this, America really wants to show how bad Iran is, even if’s true or not true. So, do you feel that this report was accurate?

Well, in any type of research that you look at, there are two questions that you have to have an answer for. One is, who is doing it, and in this case we have one person, Ahmad Shahid his name is, who is connected with the US government, is in line with the US foreign policy, and this report having this purpose of sort of creating a bad image of Iran. So, this is the one question you want an answer for: who has done it. And the second question is what they said, what sources did they use. And this is true for any type of research. So, if you want to answer these two questions in regard to that report, I think, you will end up with the conclusion that you have to read this report keeping in mind these two factors.

Well, how would you describe the current situation with human rights in Iran?

We have a country that relatively, in this part of the world that we live in, is doing better than its neighbors. For example, in Iran, women go to universities, 60% of universities in Iran have females as students. We have some countries in this part of the world, say, maybe, Saudi Arabia, that actually hush up the treating of its female population, they don’t even have the right to elect. In terms of freedom of the speech, if you go to any news stand in Iran, you would see 20, 25 sometimes, newspapers that are published daily in Iran. If you look at the US in this regard, generally, if you go to any news stand in the United States, you’ll get 3 – 4 newspapers, you’ll get the New York Times, you’ll get the USA Today, Wall Street Journal and the local paper. So, in terms of quantity, we are doing better than many countries, and in terms of the range of opinions that are presented, you have newspapers that are criticizing the government on daily basis and press that is supporting the government on daily basis, and so there’s a wide range of opinions that is being presented, and anyone in Iran who wants to have criticism of government, something that views the government from a critical prospective, turns to newspapers that are focusing on that.

In your opinion, why does the West continually slam Tehran for its human rights record, then?

You know, in Iran, we had a government that the West liked, we had the shah government, dictatorship that imprisoned a lot of people, killed a lot of its opponents, and was fully, fully supported by the US government. In fact, the shah’s secret service, was funded and managed by the CIA for many decades. And what happened with the shah, in fact, during the 1979 revolution, was that people of Iran finally got tired of this tyrant, had a popular revolution, overthrew the tyrant, and then overthrew that structure that supported him, kicked out the Americans from Iran, and since that time, the US government – you know, they don’t like to be kicked out of countries – so, it’s obviously something that they haven’t forgotten, and this has been the history of animosity, and since, during the Iran-Iraq war, the United States’ government supported Saddam’s army. In fact, they have published reports during the war, the US was providing satellite images of Iranian troops, and the government of Iraq at that time, Saddam’s government was using this intelligence, these satellite images to attack Iranian troops with chemical weapons. When we were talking last time about the Syrian crisis, we mentioned that the United States caused a lot of emotion internationally claimed at the Syrian government was using chemical weapons. But during the Iran-Iraq war, the US actually was providing the intelligence to the Iraqi army to attack Iranian troops with chemical weapons. The sanctions that Iranian people are experiencing are quite difficult, the US is behind that, you know, and Russia wanted to sign an agreement of Iran selling oil to Russia and then getting goods from Russia, and the US is opposing this deal, just because they don’t want Iran’s economy to prosper, in fact, they don’t want the Russian economy to prosper either.

Let’s talk about America. And what can you say about human rights in the United States? In your opinion, do you feel that there… Do they protect them?

Well, you have to basically look at impartial reports that are available, done by American human rights organizations, you have a number of American human rights organizations that are doing a good work, in fact, the report that was published in Iran recently was provided by American human rights organizations, The organization that published that report did not do any investigation of its own, they used the data that was available in the United States. And for human rights situation in the US, I guess, you need to talk to someone who is living there right now, but I guess the revelations of Edward Snowden show that first of all, the US government has no respect for people’s privacy. This is an indication that the US has major, major social problems. Then, a lot of prisoners in the United States come from minority groups. The US government, I think, is violating human rights on daily basis, killing people on daily basis, generally innocent civilians, bombing weddings, bombing just normal people who are going about their business. This is done by a country that I don’t think is having respect for human rights, because people are getting killed on daily basis by US drones are also human beings. The overall, I think, a lot of your listeners know the hypocrisy that exists in the US’s notorious adherence to human rights. As I said, they have a number of organizations within the United States that look on human rights issues, some of these organizations are facing difficulties, they are facing pressure from the US government. One of these organizations’ computers were confiscated, so it’s not easy for them to continue this type of work, but they are doing it.
Posted by Unknown at 11:48:00 AM