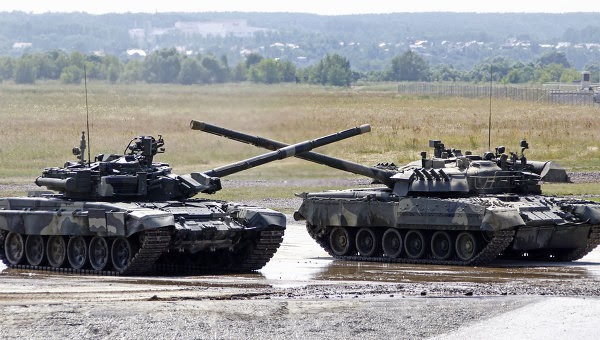 Sales of arms and military services by the largest arms-producing companies totaled $395 billion in 2012, according to SIPRI's annual list of the world’s 100 largest arms manufacturers.

The seven Russian companies that made it into the 2012 SIPRI Top 100, including Almaz-Antei, United Aircraft Corporation and Russian Helicopters, sold over $22 billion worth of weaponry.

According to Sam Perlo-Freeman, Director of SIPRI's Military Expenditure and Arms Production Program, “the Russian arms industry is gradually re-emerging from the ruins of the Soviet industry.”

“Nonetheless, the industry is still plagued by outdated equipment, inefficient organization and widespread corruption, which will continue to limit Russia’s ability to compete technologically with the West,” he said.

In 2012, Russia exported $15.2 billion worth of weaponry while adding Afghanistan, Ghana, Oman and Tanzania to a list of about 80 foreign customers.

India remains the leading purchaser of Russian arms, with China, Vietnam, Myanmar, Venezuela and countries of the Middle East also figuring among the main clients of the Russian defense industry.
Posted by Unknown at 5:23:00 PM