China Going to Start Its First Overseas Military Base in Africa

In November, China signed an agreement to open its first military base in Africa. This move will enable Beijing to control the most important "container-road" in the world, a German media report. Beijing is pursuing a clever strategy in military and geopolitical fields. In the Middle East, the Chinese have joined an alliance with Russia, while in Africa it is planning to build its first military base in Djibouti, one of the key trade hubs and strategically important territories in the world. 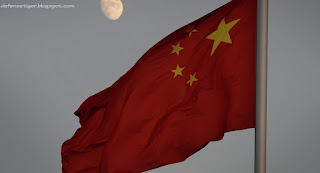 China's activities and its — both political and economic — expansion have alarmed the United States, who are anxious that they may lose their positions as the only superpower in the current world order. The Chinese are coming into direct conflict with US global interests and are making Washington nervous. Americans are now having the new experience of dealing with China as an equal opponent.
Posted by Unknown at 2:36:00 AM