“A group of US commandos who landed in Libya on Monday were ordered to leave almost immediately because of a possible mix-up between the Libyan air force and army,” the US media quotes US and Libyan officials as saying on Thursday. 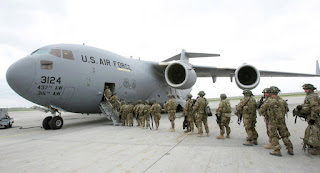 The decision came after four pictures of about 20 US Special Operations Forces servicemen, arriving at Libya’s Wattiya airbase, have been posted on the Facebook page of the Libyan Air Forces. 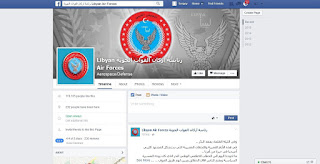 The local commanders however asked them to go because the servicemen landed “without prior coordination” and had no permission to be at the base.

Flight trackers apparently show that the unit was flown back to Pantelleria airport, Sicily.

It appears there was a breakdown in communication between Libyan Air Force and the Libyan army.

When questioned by Libyan soldiers, the Americans said they were "in coordination with other members of the Libyan army," the Libyan Air Force said.

A Pentagon statement confirmed US forces were at the base.

“With the concurrence of Libyan officials, US military personnel traveled to Libya on 14 December to engage in a dialogue with ‎representatives of the Libyan National Army. While in Libya, members of a local militia demanded that the US personnel depart. In an effort to avoid conflict, they did leave, without incident,” the US media quotes a spokeswoman as saying in a statement.
Posted by Unknown at 9:49:00 PM