The Syrian Observatory for Human Rights said the strike hit part of the Saeqa military camp near the town of Ayyash in Deir al Zor province.

A source close to the Syrian government confirmed the strike to the Reuters news agency and said there had been casualties and vehicles destroyed.

The strike hit some time in the last 24 hours, the monitoring group said.

It was not immediately clear which air force was responsible. The area is largely under the control of the Islamic State of Iraq and the Levant (ISIL).

A US-led coalition has regularly targeted the group in the Syrian province.

In Deir al-Zor city, another air strike overnight Sunday killed a woman and two of her children, the Observatory said. 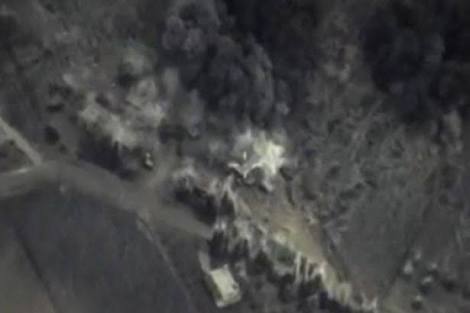