DCNS is in talks with the French authorities to recover the “three figures” of profit that sank when France canceled the sale of two Mistral helicopter carriers to Russia, Chairman Hervé Guillou said Tuesday. 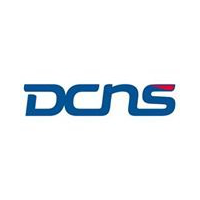 The naval shipbuilder forewent some €100 million (US $110 million) of gain when Paris and Moscow agreed to annul the deal in August, with France repaying €949.7 million of cash advances.

That cancellation led to DCNS, prime contractor on the Mistral, forgoing a profit of “three figures,” Guillou told the defense journalists association. “I am sure it will be resolved,” he said, declining to give the amount.

In his Sept. 15 remarks to the National Assembly foreign affairs committee, Guillou said the cancellation of the Mistral led to foregoing profit that is the equivalent of a year’s research and development budget. 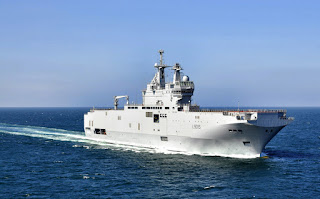 The first of the two Mistrals will sail to Egypt next summer, the second three months later, Guillou said. The company is in talks about creating an Egyptian joint venture for maintenance of warships.

The company last year sold four Gowind corvettes and is in talks for an option on two more. Egypt also bought a multimission frigate, part of a €5.2 billion arms deal centered on the sale of 24 Rafale fighters and missiles from Sagem and MBDA.

DCNS is in discussion for a local partner in Jeddah, Saudi Arabia, for maintenance of ships delivered under the two Sawari arms programs.

Maintenance is also a factor in the company’s bid in an Australian competition for eight to 12 attack submarines, which is now under a competitive evaluation process.

There were no problems in cooperating with Thales, a systems company, on the Australian offer, with the systems company “unequalled” in sonar technology, Guillou said. There is cooperation with Thales at the group level with the Thales Underwater Systems division in a highly structured way.

Thales Underwater Systems could also be a subcontractor for the two US companies, Lockheed Martin and Raytheon, competing for the separate combat systems contract in Australia, he said.

Australia, Egypt and Saudi Arabia are seen as potential markets for expansion in addition to Brazil, India and Malaysia, where DCNS is building submarines and surface warships with local partners.

DCNS has seen interest from Canada, Chile, Colombia, Qatar and Saudi Arabia on the planned intermediate frigate, which the company will build for the French Navy. The frigate will have a modular design, able to be adapted to regional and defense needs of the export client.

DCNS expects to break even this year after posting a 2014 net loss of €336 million, with annual sales more than €3 billion. The company reported €3.1 billion in sales in 2014.

“We are on our financial trajectory and the operational signals for 2015 show the company is on the right track,” Guillou said.

The company is state-owned, with Thales holding 35 percent.

Of the sales, two-thirds stem from shipbuilding, one-third from maintenance.

DCNS is in talks with labor unions on the loss of 1,000 jobs, with the company looking to consolidate around specialization on sites around the country.
Posted by Unknown at 7:40:00 PM