Starting in 1983, the Tejas fighter aircraft was touted as the marvel of Indian technology which would make an entire nation of a billion people proud, the dream however is yet to materialize. After having spent tens of thousands of crore rupees and almost three decades of development, the program has not brought pride but a national shame for India, all the while India’s enemies like Pakistan and China are building and exporting their own fighter aircrafts. In a recent report, it was stated that the aircraft now has some 53 technical flaws which have a crippling effect on its operational performance, there are serious problems with its radar and electronic warfare suites, the training variant is unavailable which makes training Tejas pilots an uphill task. 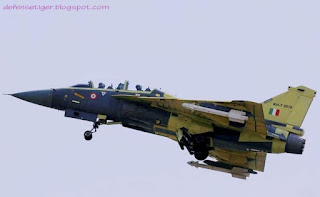 Not only that the reports suggest that the Indian content in Tejas is just 35% while the rest is imported from states like the United States, Israel, France and Britain. The story of failure doesn’t end here, after back to back delays; the aircraft is now incapable of housing a critical self protection system which will protect the pilot from enemy aircraft. The Indian Air Force has all but lost interest in Tejas as it was an aircraft of yesterday which is being pushed down its throat by an ultra nationalist Modi govt which lacks any strategic vision for India’s security interests. Its high time, the Indian govt decides to scrap this white elephant and direct funds to imported solutions like SAAB Gripen and other western fighter aircrafts to meet the ever rising threat from India’s enemies like Pakistan and China. 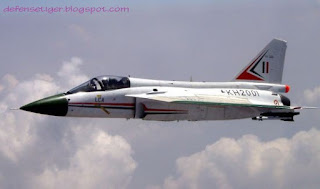 The Tejas program is meant to do nothing more than satisfying the ego stock of the Modi govt which is bent on projecting India as a technological superpower while ignoring the genuine capability constraints faced by Indian aviation industry. This mindset has also been exacerbated by Indian Air Force’s JF-17 Thunder envy, a successful program across the border pulled off jointly by Pakistan and China. It seems as if Tejas is the only answer to ‘keeping up with the John’s’ for the Indian politicians and military brass in Delhi. The truth is, Tejas has utterly and truly failed, it’s time to scrap it and focus on real capability development for the Indian airforce.
Posted by Unknown at 2:47:00 PM