The US Air Force is “confident” that the award of the Long Range Strike-Bomber (LRS-B) contract to Northrop Grumman can withstand the protest recently filed by losing team Boeing and Lockheed Martin, top leadership said here today.

“I am confident that we collectively — and again, 'we' the Air Force, but we had independent peer reviews, as well — that, collectively, we did a very thorough job,” Secretary of the Air Force Deborah Lee James said during a Nov. 10 press conference at the Dubai Air Show. “The evaluation was done according to the [Request for Proposal] evaluation factors.”

The Pentagon announced Northrop as the winner for the competition, which aims to provide 80-100 new bombers for the service to replace the B-52 and B-1 fleets, on Oct. 27. On Nov. 6, Boeing and Lockheed filled their formal protest with the Government Accountability Office.

The GAO now has 100 days to review the protest, examine the Air Force’s source-selection process and issue a ruling. The Air Force expects Boeing’s protest will delay the contract by that 100-day period, but no more, James indicated.

"What is now going to occur is about a 100-day period in which the GAO will be reviewing the contract award, so we expect that, after that 100 days is up, we will proceed accordingly," James said. "So that is the amount of the delay you might see, the period of the GAO review."

If the protest is successful, the GAO could force the Air Force to re-bid the contract, causing further delay to the Air Force’s decades-long effort to build a new bomber. However, James pointed out that the GAO may simply ask the Air Force to “redo” some aspects of the source-selection process.

“The GAO, if they found certain discrepancies, could ask that we redo some of the factors," James said. "It would not necessarily be an entirely new contract situation. So it really depends — it’s too early to say.”

The Air Force, clearly eager to avoid a repeat of the tanker saga of the last decade when a Boeing protest eventually reversed the original award to Airbus, has taken great pains to insulate the LRS-B award. James reiterated during the press conference that the service tasked not one, but two, independent cost estimators to evaluate the program.

“We had a very deliberate process, we took our time, it was key that we do it correctly, we believe that we did do it correctly,” James said. “It’s not just our belief, we had independent reviews at different levels within the Department of Defense to include a legal review, so I would just like to stand by and wait to see what the GAO assesses.”

But despite the Air Force's best efforts, a protest could delay the program and spark an ugly public relations battle, particularly given Boeing's clout on Capitol Hill.

Boeing and Lockheed Martin called the selection process for the LRS-B "fundamentally flawed" in a joint statement last week. Specifically, they take issue with the cost evaluation performed by the government, saying it did not properly reward the team's proposals to break the upward-spiraling historical cost curves of defense acquisitions, and did not properly evaluate the relative or comparative risk of Northrop Grumman's ability to perform, as required by the solicitation. 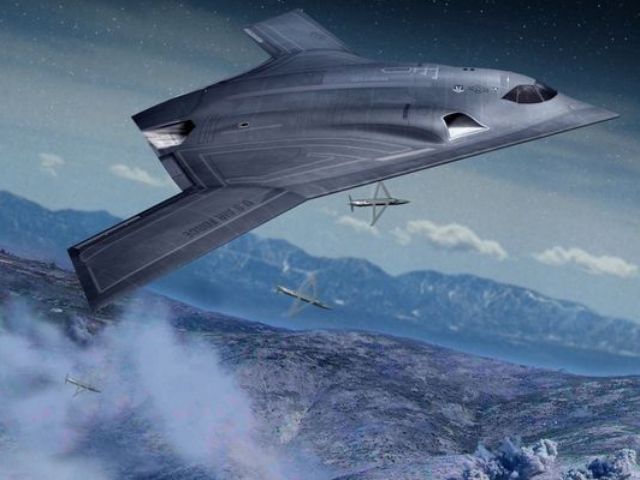