The US Air Force has denied any plans to purchase another tranche of Lockheed Martin F-16 or Boeing F-15 combat jets following reports it could seek bids for up to 72 new aircraft.

According to comments attributed to a senior US Air Combat Command official at an international fighter conference in London last week, the current Lockheed F-35 procurement plan could prove unaffordable, and another fighter wing of F-15s, F-16s or perhaps even F/A-18s is being considered to supplement the current fleet – which will serve into the 2040s as F-35s are delivered. 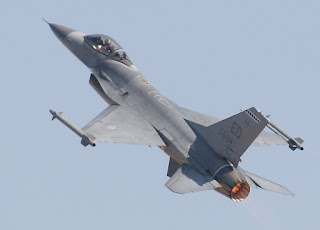 The air force is seeking 1,763 F-35As through 2038, and in the interim it intends to modernise and upgrade its F-16s and F-15s with new active electronically scanned array (AESA) radars and electronic warfare systems.

Asked to categorically confirm or deny any new fighter purchase, a spokesman for the service’s acquisition office says: “At this time the air force has no plans to acquire 72 new F-15s or F-16s, although the air force is always looking at options to be prepared for a dynamic global security environment.”

In his final press engagement at the Pentagon on 24 November, outgoing air force acquisition chief Bill LaPlante was dismissive of suggestions that another F-15 or F-16 fighter wing is being sought, but he agrees that the F-35 is difficult to afford.

“That story was news to me,” he quipped. “We’re always struggling to get the production rate as high as we can get it on F-35. That’s as true as saying it’s cold outside. It’s always true.”

The conventional take-off and landing A-model costs just shy of $100 million per aircraft, but LaPlante says the F-35 joint programme office and the Lockheed industry team are trying to reduce that to $85 million as the manufacturing process matures. 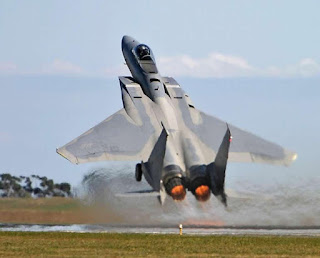 The service stopped acquiring fourth-generation F-16s and F-15s many years ago to instead focus on developing and procuring stealthy F-22s and F-35s, but both acquisitions were far more expensive and lengthy than originally planned.

The opportunity to purchase more legacy jets, which have been kept in production through foreign military sales, is closing fast, with the Lockheed F-16 and Boeing F-15 and F/A-18 assembly lines potentially closing before the turn of the decade if no more domestic or foreign orders materialise.