New Eurofighter Typhoon capabilities that will potentially be implemented with three Arabian Gulf clients were revealed at the Dubai Air Show on Monday.

"We are having one of the busiest flight test periods in the program's history and the integration of the enhanced weapons-mix is well advanced and delivering promising results," he said.

"Throughout 2015, we have been conducting a series of flight tests with our Instrumented Production Aircraft (IPA), working on the integration of major new weapon-systems capability with a particular focus on both Storm Shadow and Meteor missiles," he said. "At the same time, the Eurofighter continues to deliver effective and proven air power in both the Middle East and the Baltic states. This is a dynamically challenging and exciting time for the program, with its weapon system capabilities continuing to grow."

Kuwait announced its intention to acquire 28 Eurofighter Typhoons in September to become the third GCC customer of the consortium.

The Sultanate of Oman announced its purchase of 12 aircraft in December 2012 while the Kingdom of Saudi Arabia is currently operating Typhoons in its ongoing Yemen campaign.

Smith added that flight testing for the Phase 2 Enhancement Capability Update Program was conducted last month. The program introduces the Meteor and Storm Shadow missiles to the aircraft, as well as enhancements to the radar, defensive aids sub-system (DASS) and other avionics which will enhance the aircraft's lethality and survivability across all roles.

"The testing regime over the last few months has been relentless, and IPA6, a BAE Systems-based Eurofighter Typhoon, made the first flights with the new software and completed the fifth Meteor missile firing. Flight test of multiple enhancements to the integration and functionality of the Laser Designator Pods (LDP) has primarily been carried out by flight test engineers and aircrew from Airbus Defence and Space, Germany. IPA6 has since been joined by Finmeccanica-Alenia Aermacchi's IPA2 as work on the integration of Storm Shadow continues," he said.

During November, he added, further integration work with Storm Shadow, including missile releases and preparation for the next Meteor missile firing, will be done.

"Airbus Defence & Space, Spain will join as the fourth flight test Ccenter as IPA4 is cleared to commence testing with a focus on weapons system performance and comms. This is the entire flight test community operating together to deliver real capability enhancement," he said.

By 2017 Eurofighter operators will be able to integrate the Brimstone 2 on the aircraft and will also further enhance other existing weapons capabilities — including Storm Shadow, Meteor, Paveway IV and ASRAAM. 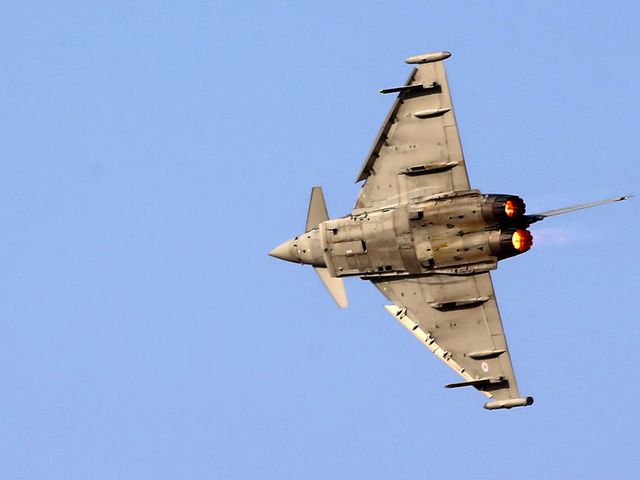