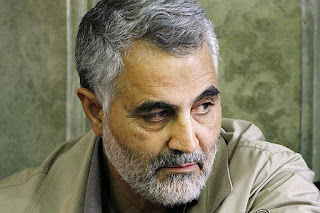 Soleimani "was injured a few days ago" in an offensive in the southwest of Aleppo province, a security source on the ground told AFP.

The head of the Syrian Observatory for Human Rights, a Britain-based monitor of the war, also said the general was hurt.

He was "lightly injured three days ago in the Al-Eis area in the south of Aleppo province," Observatory head Rami Abdel Rahman told AFP.

For several days, reports have been circulating on social media claiming the powerful commander was wounded or even killed in Syria, where Iran backs President Bashar al-Assad against an uprising that began in March 2011. 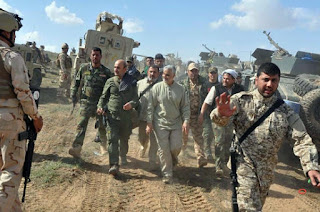 In response, a spokesman for the Revolutionary Guards, Rameza Sharif, said Tuesday that Soleimani was "in perfect health and full of energy."

"He helps the Islamic resistance in Syria and Iraq," Sharif added, according to SepahNews, the official site of the Revolutionary Guards.

Abdel Rahman said the commander was wounded while "leading military operations on the outskirts of Al-Eis, which is under the control of pro-regime forces."

"Many Iranian fighters are present in the area," he added.

Abdel Rahman said rebel groups launched a counteroffensive on Sunday in a bid to push regime forces from several areas in south Aleppo that they captured with support from Iranian and Lebanese Hezbollah ground forces and Russia air strikes.

Russia, another key Assad ally, began airstrikes in support of the government on Sept. 30.

Last month, a US official said some 2,000 Iranian or Iranian-backed forces were participating in the regime's Aleppo operations.

Iran has not officially acknowledged sending troops to Syria, but says it has "advisers" on the ground assisting regime forces.

Iran-backed Hezbollah also acknowledges its forces are fighting on the ground, and the presence of Iranian, Iraqi and Afghan "volunteers" has been documented.
Posted by Unknown at 4:56:00 AM