The 16th Beijing International Aviation & Aerospace Exhibition was held from September 16th to 19th, and the large model of China’s J-31 “Gyrfalcon” stealth fighter was displayed, which is a fifth Generation Multi-Purpose Medium Fighter aiming at international market, a stealth fighter of the same generation as US F-22 and F-35 fighters.

According to information revealed on the expo, aerodynamic performance and stealth performance of Chinese J-31 (FC-31) stealth fighter exceed many traditional fighters, and its avionics system will also be upgraded.

Some other specification of J-31 fighter was also unveiled. The highest speed of J-31 stealth fighter is Mach 1.8, and the largest combat radius is 2000 kilometers, which meet demands for carrier-based aircrafts.

With multiple mature technologies, J-31 stealth fighter is expected to be launched for international market in five years, and become a mature and cheap fifth generation fighter by 2024, and thus replace JF-17 block 2 as an exporting fighter jet of China.

J-31’s developer AVIC also revealed that J-31 fighter will be very cheap, might be cheaper than the fourth generation fighters of the west, bad news for western countries.

German media reported that J-31 plagiarizes a lot of technologies of F-35 fighter, but Russian expert thinks J-31 is not a copycat of F-35.

J-31 fighter is now using Russian RD-93 engine, which will be replaced by homemade WS-13 upgrade version, and will have variants including carrier-based aircraft and fighter bomber.

In face of F-22 and F-35 stealth fighters of USA, China’s J-31 might enter service in 2020, and another stealth fighter of China J-20 owns long-range attach ability and can reach West Pacific. J-31 will be a supplement to J-20 fighter. 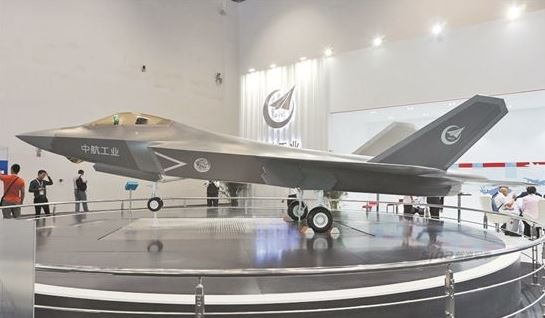