Lebanon has finalized the acquisition of six A-29 Super Tucano turboprop aircraft from Embraer Defense & Security and Sierra Nevada Corporation, an Embraer official said at the Dubai Air Show Monday.

The contract, which includes logistics support for aircraft operations, as well as a complete training system for Lebanese Air Force pilots and mechanics, was approved in June by the US State Department.

"The selection of the A-29 by the Lebanese Air Force is a great testament to the superiority of the Super Tucano and its ability to meet the challenges of the operating theater in the Middle East," said Schneider. "The Super Tucano is the best and most capable aircraft in the market with a proven record of success with Air Forces around the world."

He added that Embraer have now sold more than 200 aircraft with more than 30,000 combat hours to 13 clients.

The aircraft sale is part of a larger, more comprehensive package, including infrastructure improvements, that will be fulfilled by other parties not involved in the Ember/SNC partnership, the Brazilian company said in a statement. The planes, which are currently in operation with 10 Air Forces around the world, will be built in the company's Jacksonville, Florida, facility.

Lebanese Air Force Sources expect the first delivery of the plane by January 2017.

As the US recalibrates its strategy in Syria, it has identified increasing military aid to Lebanon as a key part of its solution.

At an Oct. 30 meeting to announce the Pentagon's new strategy in Syria, a senior US defense official identified "reinforcing" Jordan and Lebanon as a key focus area for the next year. That includes ongoing funding for the two nations, with Jordan, in particular, benefiting from "hundreds of millions" of dollars.

The LAF is completing work for specifications on weapons systems, according to Riad Kahwaji, Chief Executive of the Institute for Near East and Gulf Military Analysis.

"Lebanon is looking for a larger variety of standoff weapons integrated which include Mark83 and Mark84 low drag smart bombs," Kahwaji said. He added that the program is proceeding as scheduled, and in the next few months pilots will be dispatched to the US and Brazil for training.

"We are excited at the opportunity to provide Lebanon with these aircraft, which are proving to be an innovative and cost-effective solution for demanding military organizations around the world. It is ideal for the missions and operational environment faced by Lebanon and a host of other nations. We look forward to helping the Lebanese achieve a modern Air Force through use of the A-29 Super Tucano," said Taco Gilbert, vice president of business development for SNC's ISR business area.

The Brazilian aerospace manufacturer has seen the turboprop product expanding its African presence with sales to the governments of Mali and Ghana announced at the Paris Air Show earlier this year.

Embraer has also sold the Super Tucano A-29 to four other  African customers: Angola, Burkina Faso, Senegal and Mauritania. 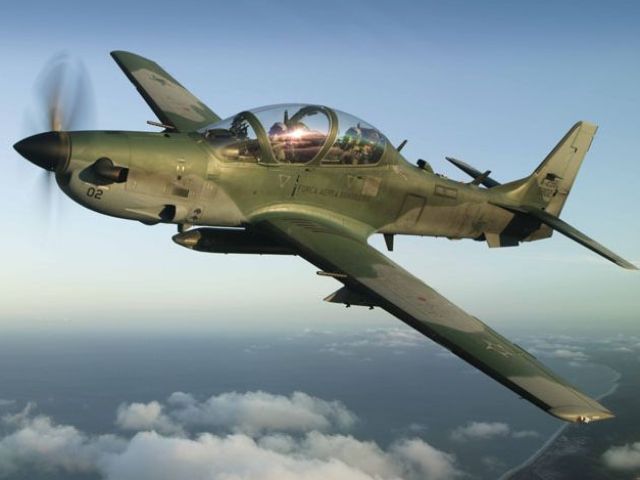