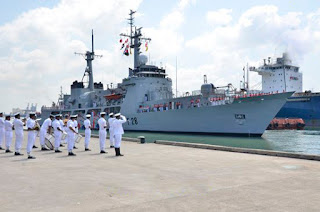 The Bangladesh Navy (BN) received in early May its second high endurance cutter from the United States Coast Guard (USCG), during a handover ceremony on Coast Guard Island in Alameda, California.

In service with the USCG, Rush conducted a variety of roles, including operations during the Vietnam War, counter-narcotics patrols in Central and South American waters, fisheries enforcement, and in various SAR missions.

BN spent around $12 million on maintenance, equipment installation, and crew training (provided by former Rush crew members) prior to the ship's departure from Alameda in September 2015. 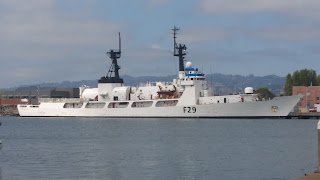 " Somudra Avijan is the 44th vessel to be transferred to Bangladesh in the last five years under the FMS programme," said coastguard international programmes office director Tod Reinert.

Even though BNS Somudra Avijan and sister ship BNS Somudra Joy (ex- Jarvis ) are ageing and well-used platforms, the BN is adept at retaining such vessels in operational service beyond design life - something noted by USCG officials. "They have processes and procedures that work very well," said an official, with sustainment practices focusing on issues like maintenance, training, and subject matter expertise.

Speaking at the transfer ceremony, United States Ambassador to Bangladesh Marcia Bernicat remarked that the partnership between the USCG and the BN is emblematic of the bonds that exist between their parent countries. "Our maritime security co-operation is stronger than ever," said the Ambassador. 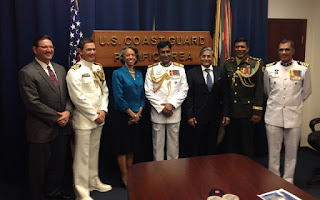 Bangladesh's naval chief Vice Admiral M Farid Habib said, "These two ships will be deployed not only for ensuring good order at sea, but will also be utilised for achieving common goals of both countries like combating maritime terrorism and various unconventional threats. Moreover, they will also be used for peace support operations around the globe." He added that the transfer of the second ship enhanced the BN's operational capability "many fold".
Posted by Unknown at 9:07:00 PM