The United States builds, arguably, the world’s most capable submarines. But at about $2 billion apiece, there are only so many subs the US Navy will acquire, and it’s widely recognized the supply will never meet the demand.

Meanwhile, building and acquiring modern submarines is a worldwide growth industry. Russia, China and even India are designing and building multiple new classes of subs, armed and fit with a growing variety of weapons and sensors — and a number of nations are building or purchasing foreign-designed undersea craft.

Retired Vice Adm. Michael Connor, a former commander of the US Navy’s submarine forces, explained this activity in a recent hearing on Capitol Hill.

“The undersea arena is the most opaque of all warfighting domains,” Connor said during an Oct. 27 hearingat the House Seapower subcommittee. “It is easier to track a small object in space than it is to track a large submarine, with tremendous fire power under the water. That is why countries with the technical wherewithal to operate in this domain are pursuing advanced capability. The two countries that present the biggest challenge in the undersea are Russia and China, with Russia being the more capable of the two.”

Rather than simply building more submarines, Connor and others are urging more sustained development of weapons and sensors to increase the power of US undersea forces. Among Connor’s top recommendations is the desire to extend the striking range of submarine-launched weapons.

Connor specifically wants torpedoes with ranges of more than 100 miles.

“This is definitely doable with chemical-based propulsion systems and will likely soon be achievable with battery systems,” he said. Such a range also will need better command-and-control systems, including the ability to communicate with the torpedo, perhaps via manned or unmanned aircraft or by satellite, he said.

“The torpedo will come to be considered along the line of a slow-moving missile,” he said, “with the advantage that it is more difficult to detect, carries a much larger explosive charge and strikes the enemy beneath the waterline, where the impact is most severe.”

Connor also wants the US “to get back into the business of submarine-launched anti-ship missiles” with the ability to “confidently attack a specific target at sea at a range of about 1,000 miles. We should be pursuing this more aggressively than we are.”

“We need to improve the endurance of the vehicles, expand the payload set, and get to the point where any submarine can recover the mission data, if not the vehicle. We need to do this while keeping the cost of the vehicle down. The cost should be low enough such that, while we would always like to get the vehicles back, it is not a crisis if we don’t. The value is in the data, not the vehicle.”

Bryan Clark, a naval analyst with the Center for Strategic and Budgetary Assessments, appeared alongside Connor and urged greater development in undersea sensors — onboard submarines, unmanned vehicles and weapons, as well as deployed in the water and fixed on the seabed.

To coordinate the development and fielding of underwater systems, Clark said the Navy should “make its undersea warfare resource sponsor and acquisition organizations responsible for all undersea vehicles and systems once they transition out of research and development.”

Clark urged continued development in a wide range of unmanned underwater vehicles (UUV), including looking at ways to arm some. He pointed to the compact, very lightweight torpedo — now under development — as having potential not only as a defensive, anti-torpedo weapon but also as a weapon that could be carried and launched by larger UUVs.

Connor and Clark said Congress could aid these efforts by providing funding not tied to specific programs of record. “Programs should be defined broadly so that they can incorporate innovation without recreating the program,” Connor said.

The failure of some efforts, he said, should not necessarily be taken as a negative thing. He said Silicon Valley failure rates sometimes approach 90 percent.

“If we are innovating aggressively enough, perhaps half of our initiatives will fail,” he said.

Rep. Randy Forbes, R-Va., chairman of the subcommittee, agreed with many of the recommendations.

“There’s a recognition that if we’re going to keep up with undersea dominance, it’s not just about creating more platforms, but we have to create relatively sophisticated systems of systems with the ability to multiply capability but not just adding a platform,” he said in a post-hearing interview.

“We can create a platform to last 20, 30, 40 years,” he said, noting that many systems will be developed over that time. “So it’s important to find the process or architecture to create innovation and put it out in three to four year cycles.

“What I’m excited about,” he said, “is we’ve got people in the Pentagon, the private sector and in policy sectors who understand this and can create partnerships to actually get them done.” 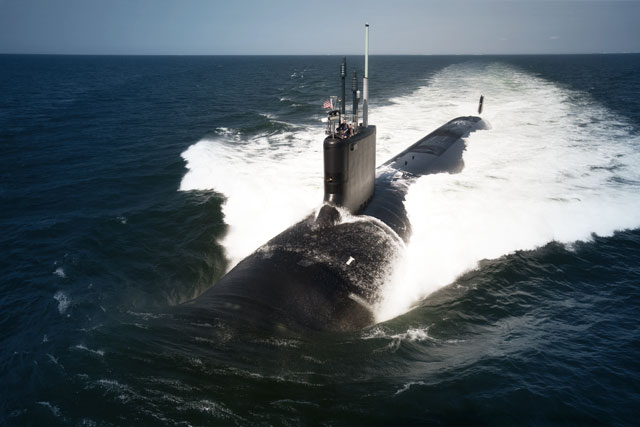