Lockheed Pitches C-130 To UK As Alternative to P-8

As the UK considers how to fill its maritime surveillance gap, Lockheed Martin is pitching a modified version of its C-130 multi-mission aircraft as a cheap alternative to Boeing’s costly P-8 Poseidon.

The UK is currently weighing whether to buy the P-8 after the 2010 Strategic Defence and Security Review scrapped plans to buy BAE Systems’ long-delayed Nimrod MRA4 jet. With the release of the new SDSR just a few weeks away, Lockheed representatives told reporters Nov. 9 the company could modify the UK’s 10 existing C-130s to fulfill the submarine-hunting mission at significantly lower cost.

Lockheed pitched the idea to the UK Ministry of Defence about 18 months ago, according to Peter Ruddock, business development director for the company’s UK contingent. Lockheed has done 90 percent of the work necessary to repurpose the aircraft to fit the maritime surveillance mission, he said. The last piece of the puzzle is integrating the submarine-hunting torpedoes onto the aircraft, a project company engineers are currently working.

Lockheed’s solution will be about 40 percent of the price of the competition, Ruddock said, estimating that the team could get the first four aircraft to full capability in just 41 months.

Lockheed is proposing equipping the UK’s existing C-130 with the mission system developed for the Merlin naval utility helicopter, which is capable of anti-submarine warfare and medium-lift transport, Ruddock said. Lockheed would equip the aircraft with submarine-hunting torpedoes, as well as sonobuoys and life rafts. The aircraft also has advanced EO/IR sensors to detect hostile submarines, he said.

The project also would create jobs in the UK, as 80 percent of the work could be done in-country, Ruddock said.

“We’re not knocking the P-8,” Ruddock said. “I think what we are saying is we can give you P-8-type capability at a much lower cost point because you already have the airframe.”

The UK MOD “rigorously” examined Lockheed’s proposal, and concluded that the project is “credible,” Ruddock said. However, he emphasized the government has not yet set its new requirement or placed any orders for Lockheed’s proposed planes.

On the other hand, Boeing officials say the P-8 is a more cost-effective solution for the UK at the end of the day.

The cost of the P-8 has come down 30 percent, James Detwiler, Boeing’s director of business development for maritime programs, told Defense News on Monday. It is 75 percent cheaper on a cost-per-hour basis to operate the P-8 than the legacy aircraft it is replacing, he said. Additionally, he said, if a foreign nation coordinates its buy with the US Navy’s, both can benefit from the economy of scale.

The P-8 is not the right solution for every country, he said during a briefing at the air show. 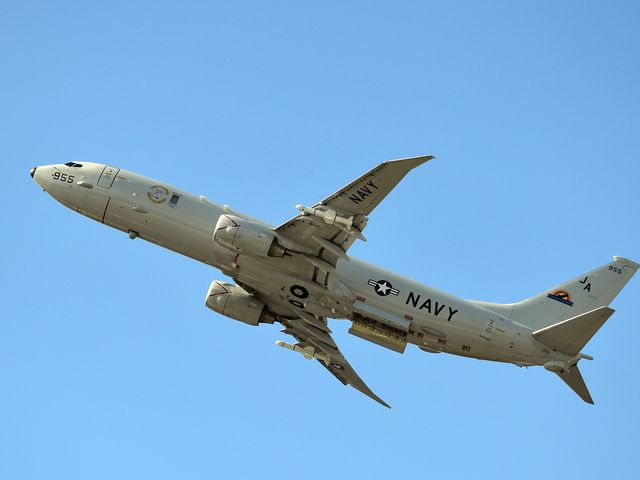