China has signed a contract to buy 24 Sukhoi Su-35 multipurpose fighter jets from Russia, becoming the first foreign buyer of the advanced warplane, according to manufacturer Rostec. The deal, estimated to be worth $2 billion, is a significant boost to Russia’s arms exports.

“The long negotiation on the Su-35 sale to China has been completed. We have signed a contract,” Sergey Chemezov, the head of the Russian state-owned high-tech giant Rostec, told Kommersant business daily.

Chemezov didn’t disclose the details of the deal, but Kommersant cited sources in the Russian arms industry as saying that China had purchased 24 Su-35s at a price of about $83 million each.

The Su-35 (designated Flanker-E+, not to be confused with the Su-27M, which used to be called the same name before its discontinuation) is a long-range “4++ generation” fighter jet. It is armed with an internal 30mm cannon and has 12 hardpoints with a combined capacity of 8,000 kg, compatible with a wide range of unguided and guided missiles and bombs.

The Russian armed forces are the primary operator of the aircraft, with 36 series Su-35s currently in their possession and more to be produced. China first showed its interest in buying Su-35s in 2008 during the Airshow China international expo. Formal negotiations started in 2011.

According to Kommersant, the deal does not involve domestic production of Su-35s in China, a condition usually desired by Beijing due to its strategic goal of producing an entire range of the weapons it uses on its own territory.

The deal would ensure Chinese Air Force superiority in the region amid brewing conflicts with other nations, such as the Philippines and Japan, over territorial disputes. China’s own production capabilities of advanced warplanes, including the J-11, are not yet sufficient to maintain the necessary strength, according to Chinese media.

China is currently among the world’s top five buyers of Russian arms, restoring its position after a slowdown in late 2000s. Beijing buys advanced Russian jet engines, submarines and surface-to-air missiles, among other high-tech military items. 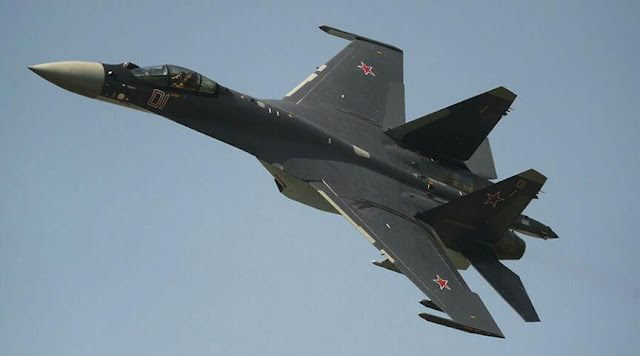